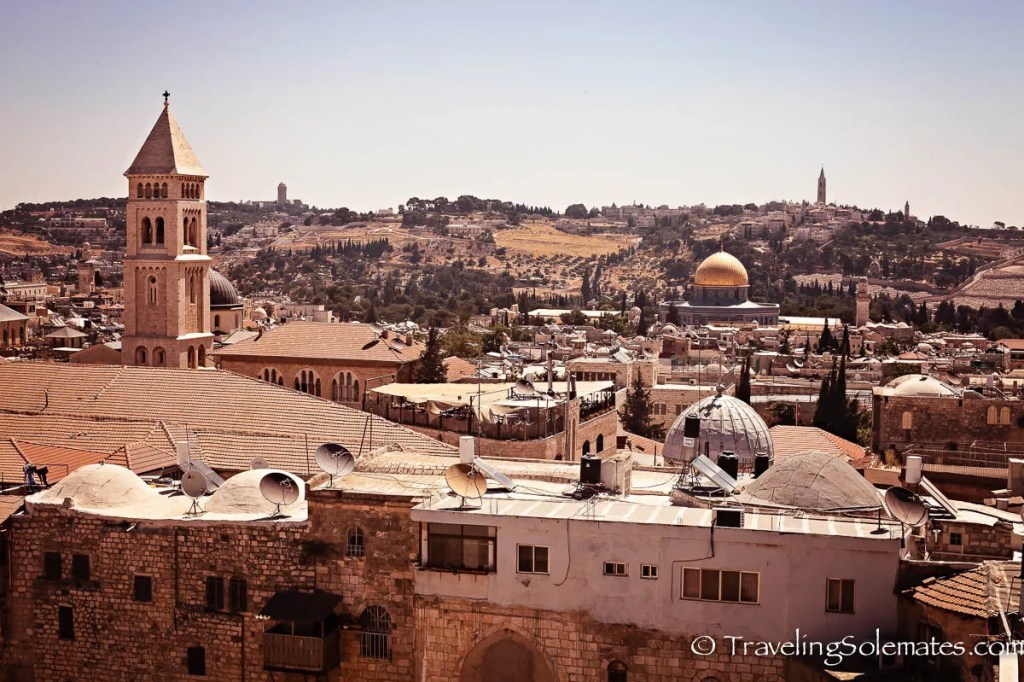 Exploring the Old City of Jerusalem was a very powerful experience for us.  Who would’t be moved seeing the major religions of the world – Christianity, Judaism and Islam – peacefully co-existing within the dense confine of this walled city.  It made us wonder – why can’t it happen in the world outside this wall? 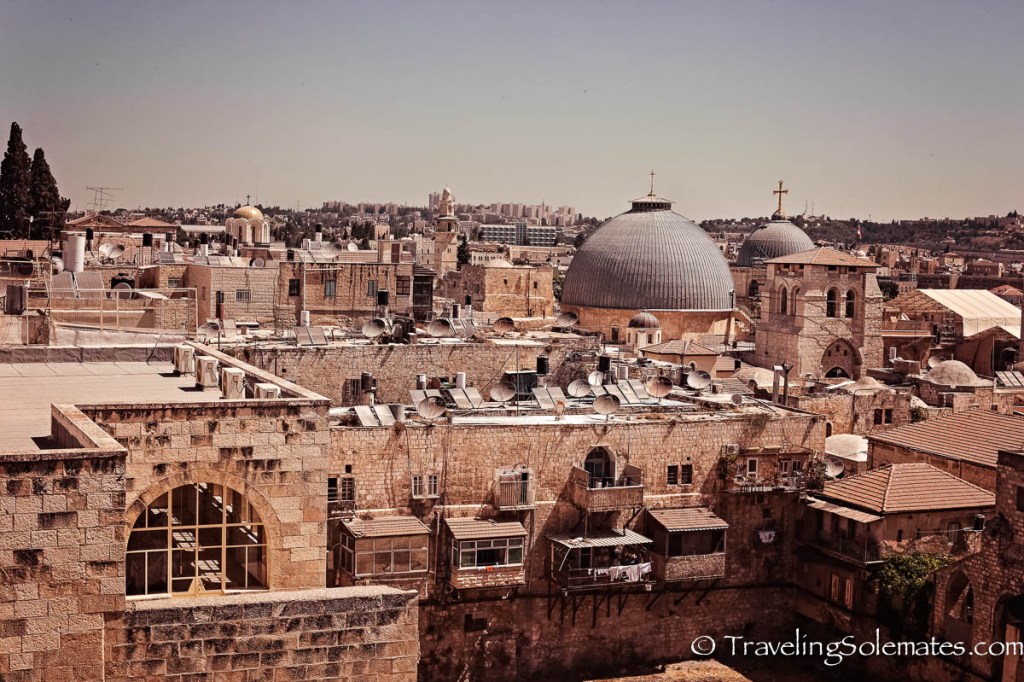 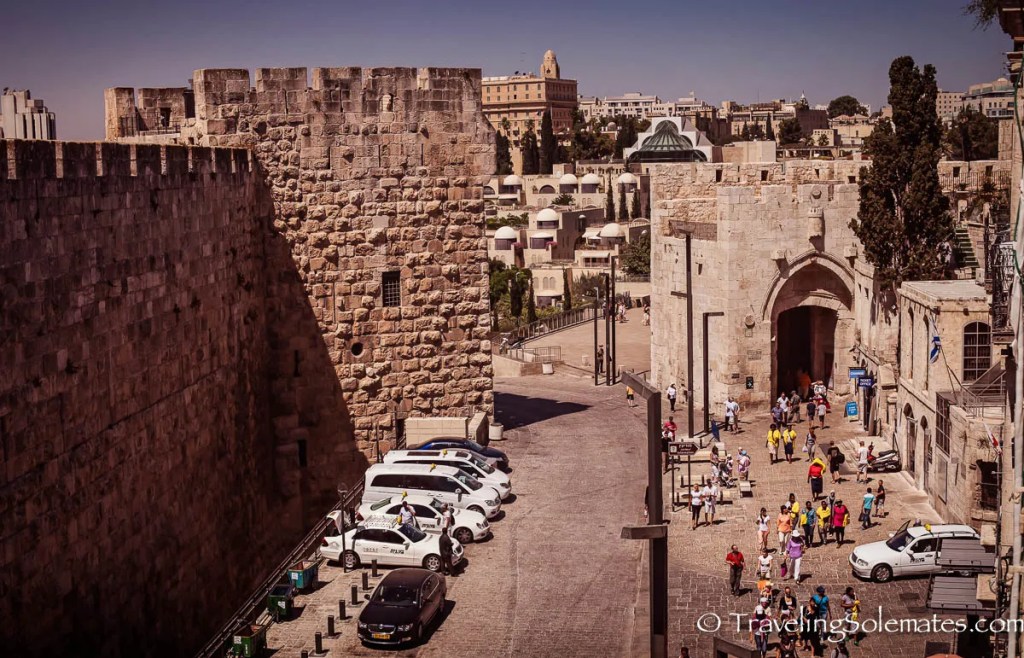 People passing through Jaffa Gate, one of the eight gates to the Old City.

If only the walls can talk. More than 2,000 years of history is contained within the fortified walls of the old city.  Covering a mere 0.9 sq km/0.35 sq mi, the walled city boasts the highest concentration of the world’s most important religious sites . 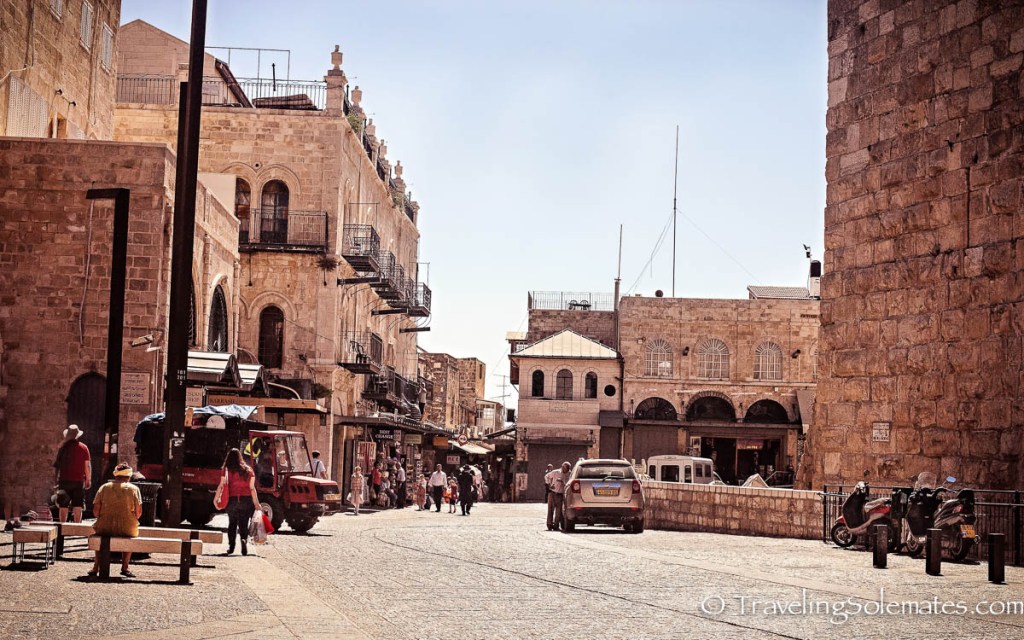 The Old City is consists of four quarters – the Christian Quarter, the Muslim Quarter, the Jewish Quater and the Armenian Quarter. History kept unfoflding as we walked from the labyrinth streets of one quarter  to the other,  and each was as powerful as the last.

THE CHRISTIAN QUARTER
As the Christians all over the world are observing the Lenten season, we are particularly reminded of our profound experience in the Christian Quarter of the Old City.  The quarter has more than 40 churches and monasteries, inns for the pilgrims, and a bustling market. 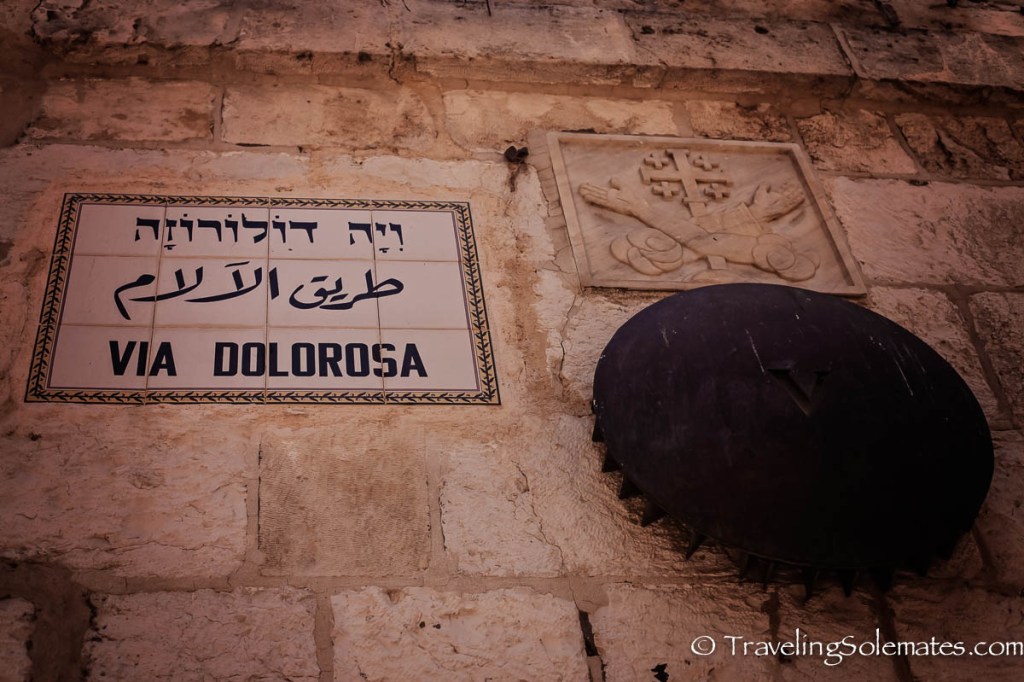 Christians come from all over the world to follow Via Dolorosa (“Way of Sorrow”) , the route where Jesus Christ carried his cross to the calvary. 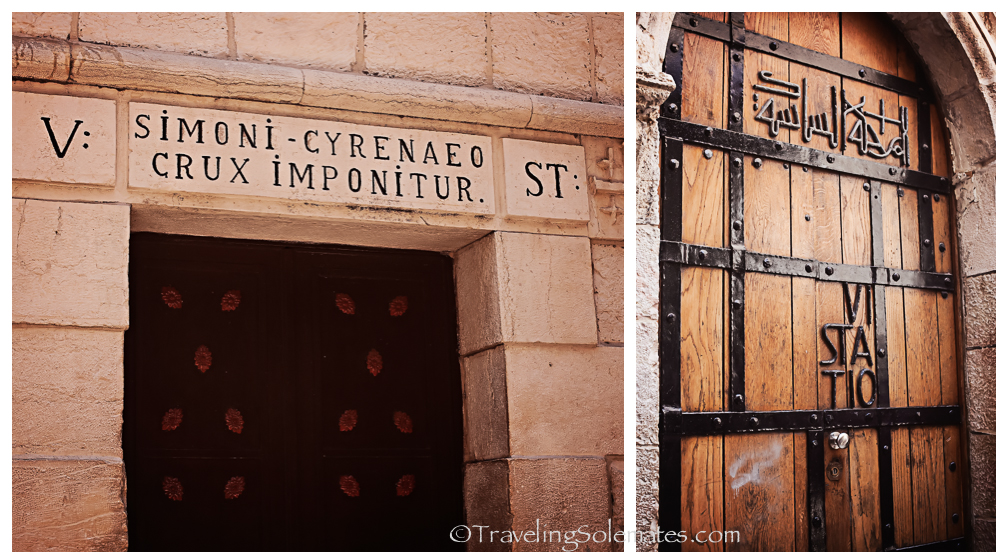 Dotting the route is the 14 Stations of the Cross, the stops Jesus made along along the route. The fifth station on the left marked the place where Simon helped Jesus carry the cross. And the sixth station on the right marked where the spot where Veronica wiped Jesus’ face with her veil. 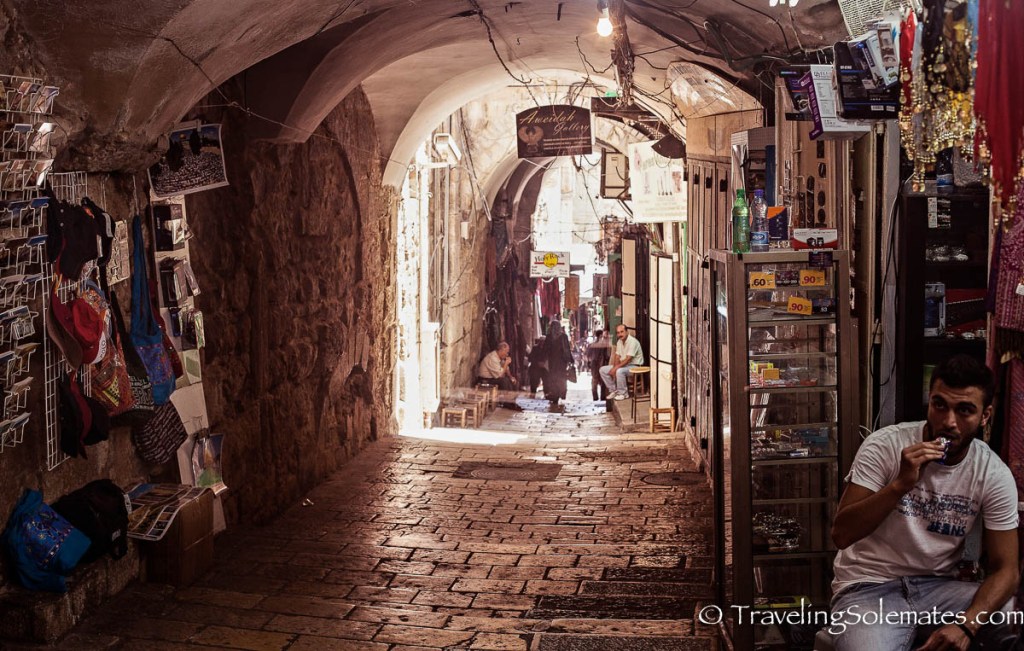 Lined with boutiques and tacky souvenir stalls, a big part of Via Dolorosa today  is somewhat less spiritual. 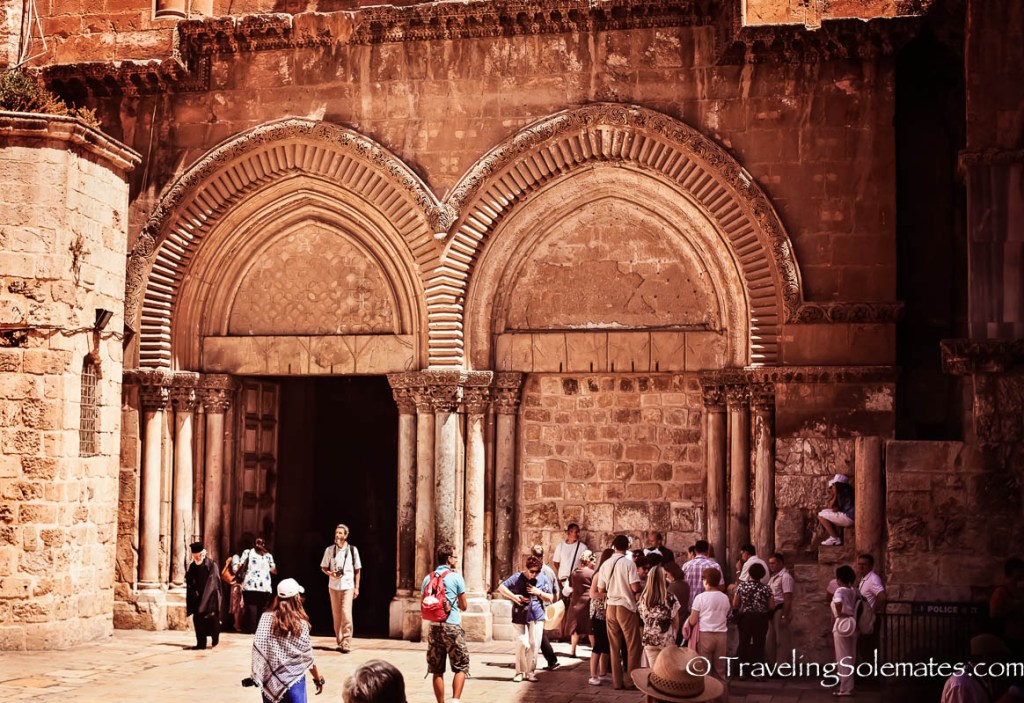 Via Dolorosa leads to the heart of the Christian Quarter and one of the most important Christian sites in the world – the Church of the Holy Sepulchre. The site marks the crucifixion, burial and resurrection of Jesus. 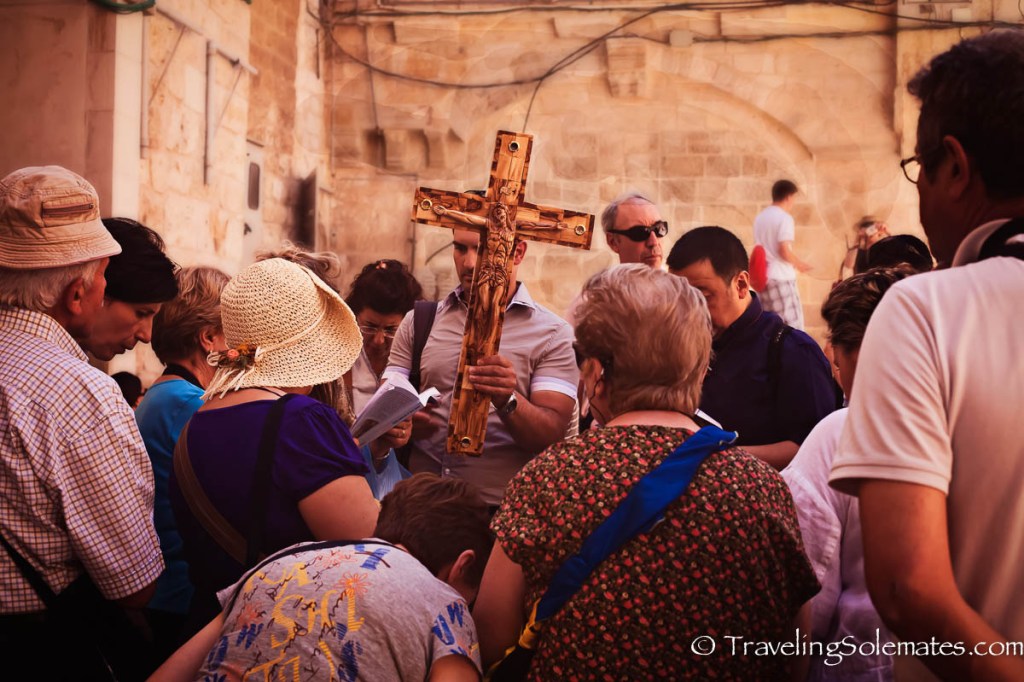 A group of faithful in deep prayers in front of the church on the spot of the 10th Station of the Cross, where Jesus was stripped of his garments. 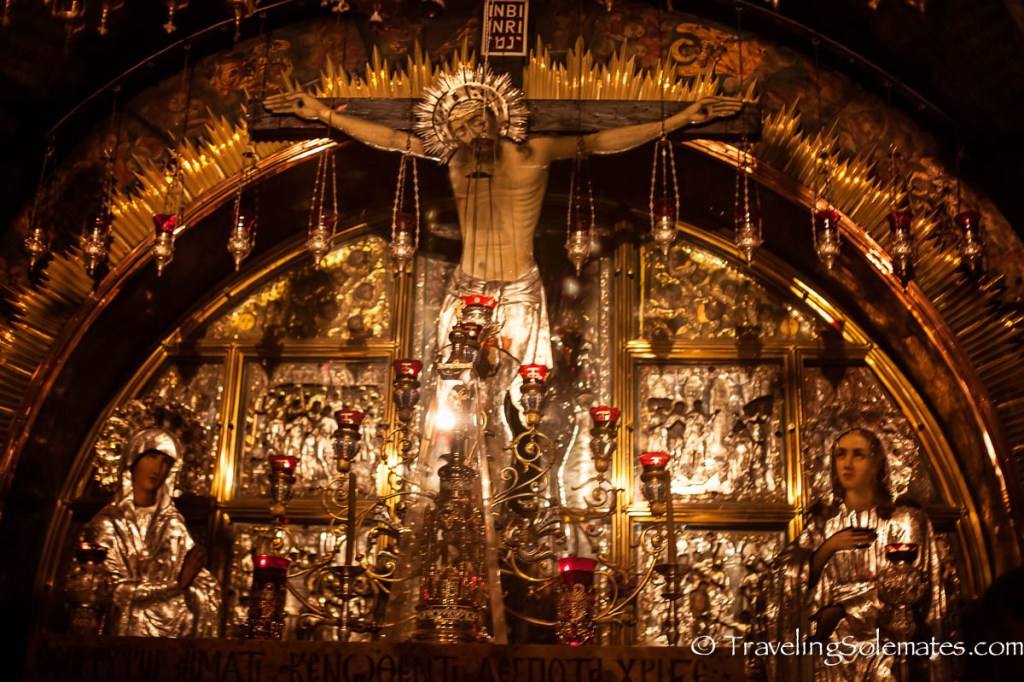 Inside the Church of the Holy Sepulchre, up a flight of step,  is the Calvary (or Golgootha), where Jesus was nailed to the cross (12th Station). 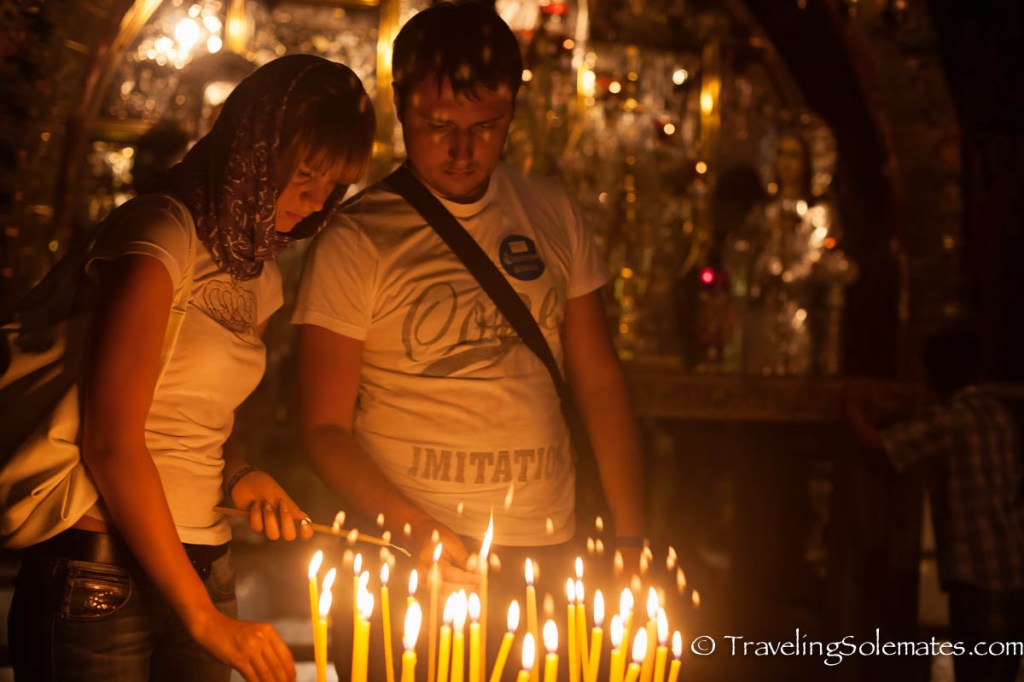 Devouts offering candles in the Calvary. 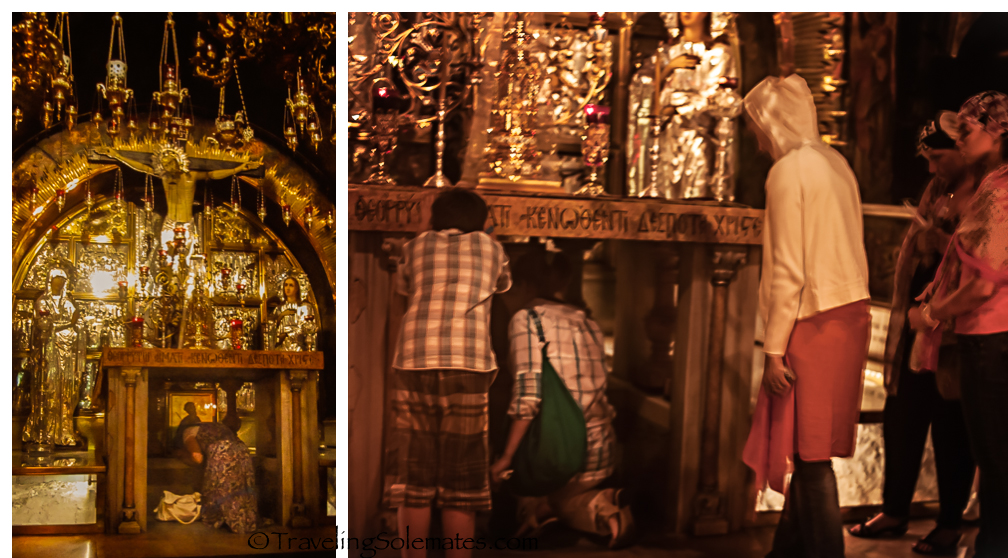 Worshippers lining up to prostrate and  pray by the foot of the altar of the Cavalry. 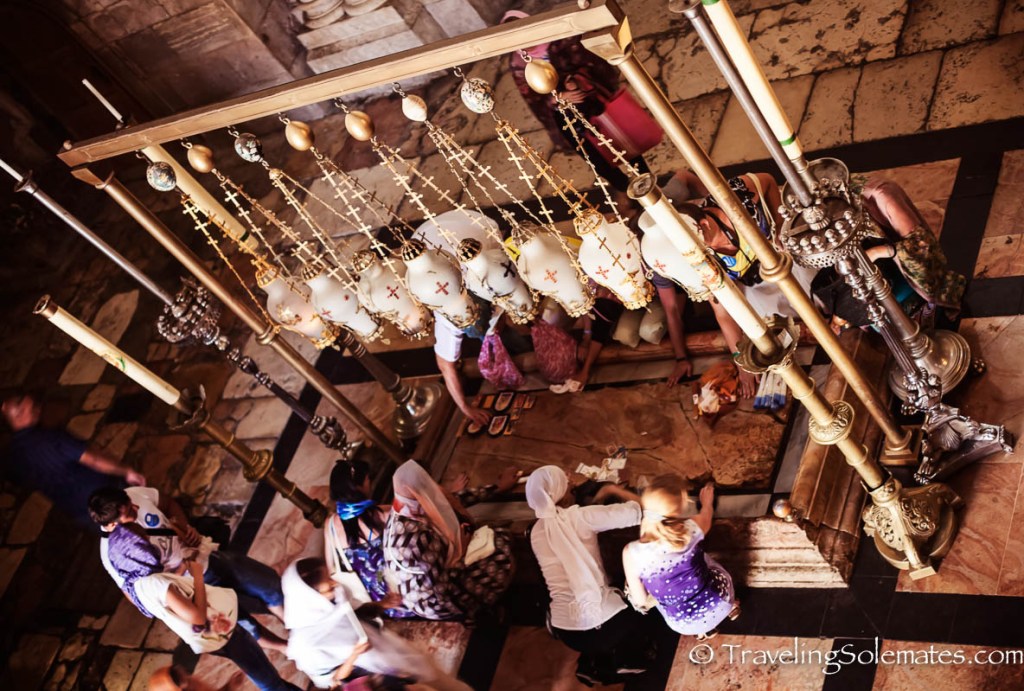 Faithfuls praying over the Stone of the Unction (“Anointing”), where Jesus’ body was laid and prepared for burial after taken down from the cross (13th Station). 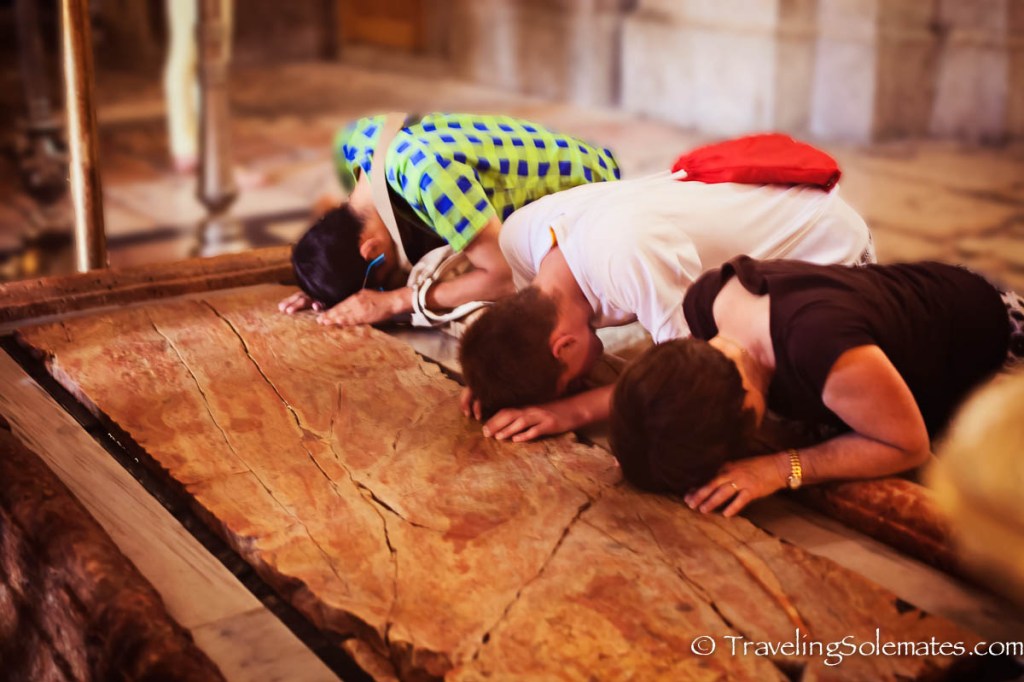 Devouts praying over the Stone of Unction. 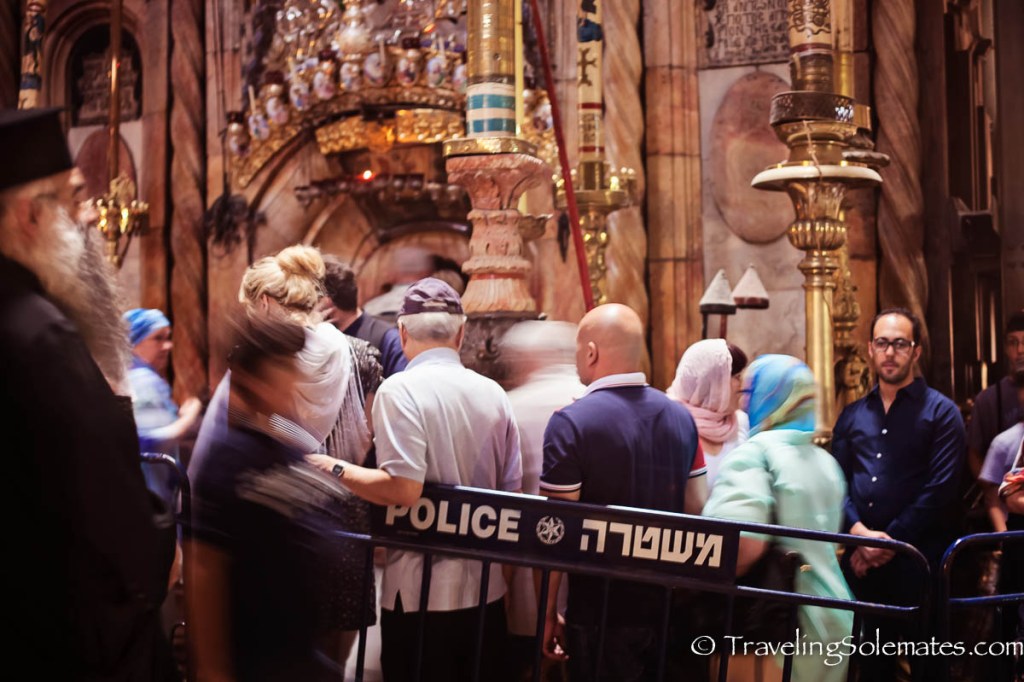 People lining up for the 14th and final Station of the Cross, the Holy Selpuchre, where Jesus was buried. 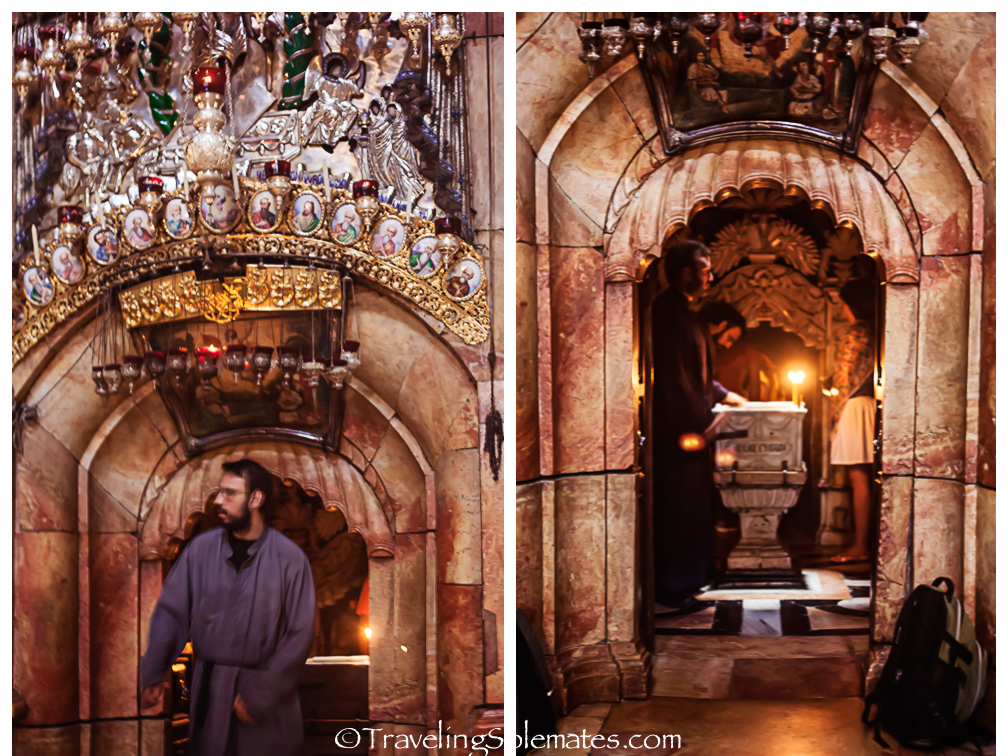 A low door  leads the tiny Chapel of the Holy Sepulchre, believed to contain the tomb of Christ. This is the 14th Station of the Cross, where a marble slab covers the place where the body of Christ was believed to have laid and from where he rose from the dead. 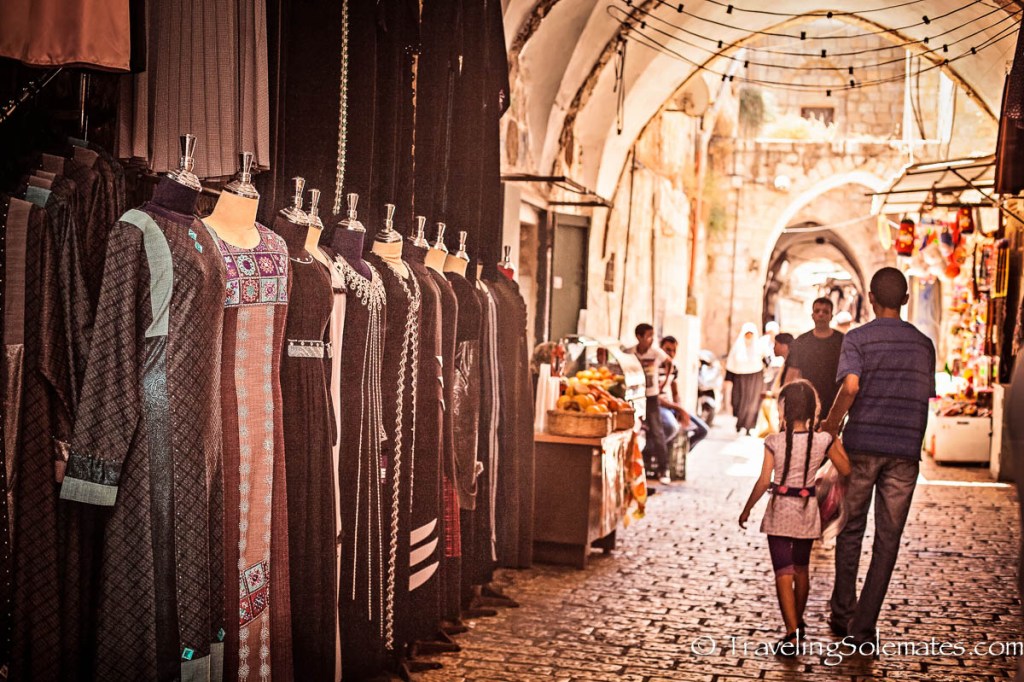 The Arab Quarter is the largest and most populous among the quarters and is very  lively. Its narrow alleys are  bustling with colors, aroma  and commerce. 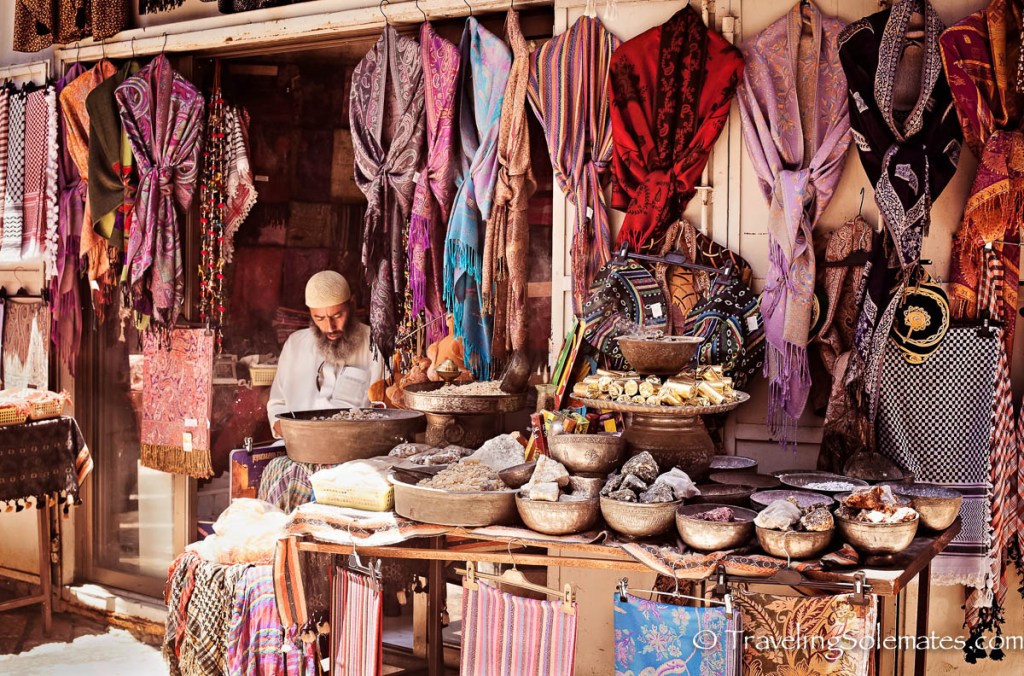 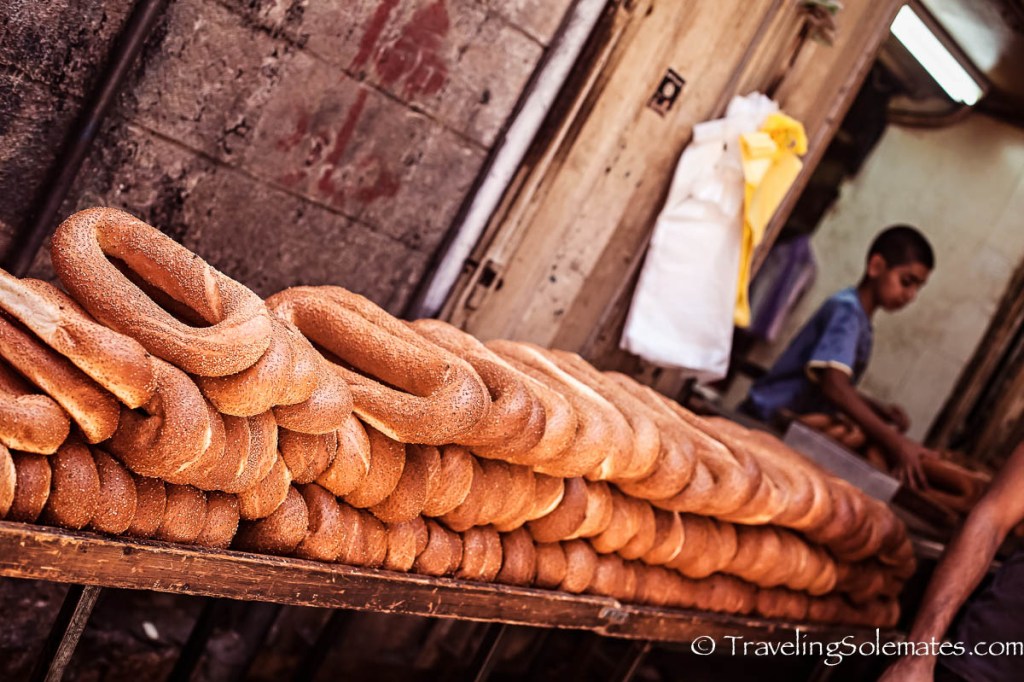 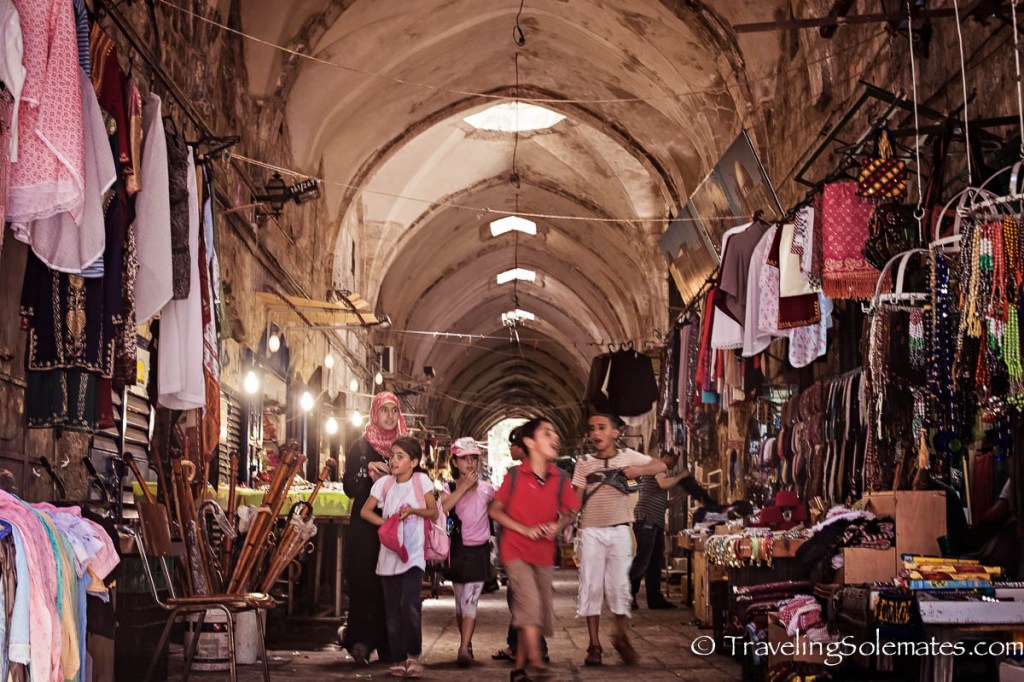 A family shopping at one of the bazaars. 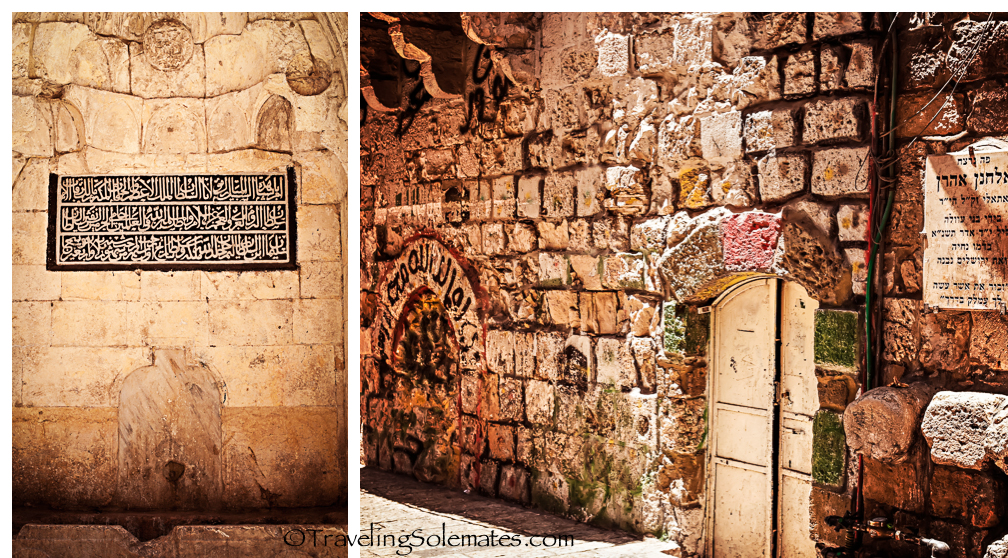 Some of  the structures in Muslim Quarter. 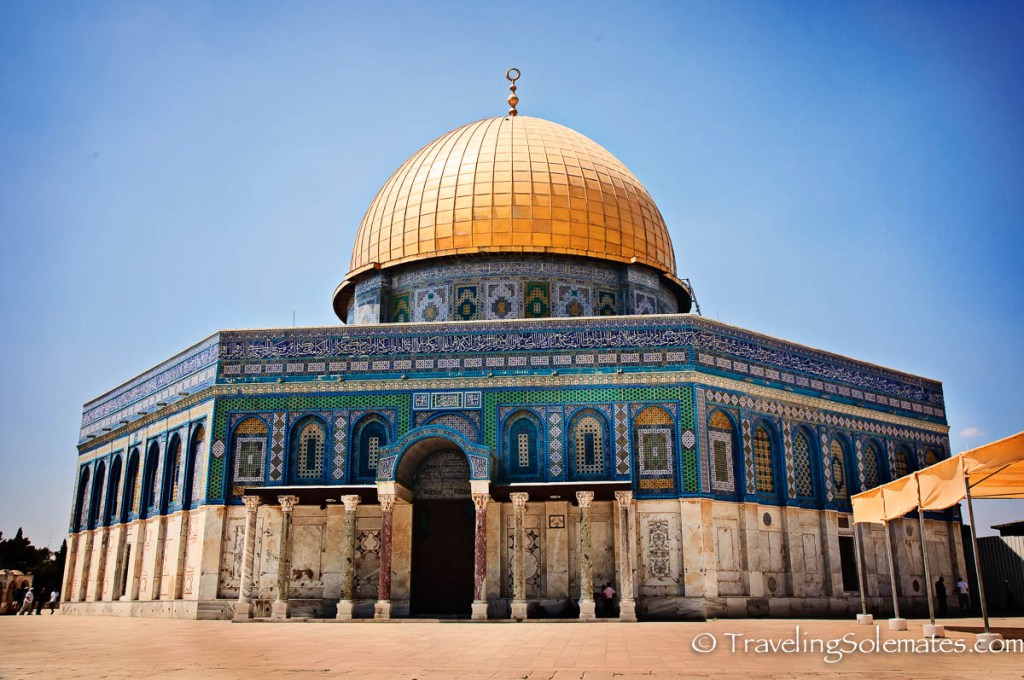 The most important site for the Muslims in the Old City is the Temple Mount, believed to be the site where Mohammed the Prophet descended to heaven. Located in the Temple Mount is the Dome of the Rock. a mosque with magnificent  golden dome that dominates the Old City skyline. It is where Abraham was believed to have prepared his son Isaac for sacrifice. It is also an important site for the Jews.

THE JEWISH QUARTER
The Jewish Quarter has ben inhabited since the 8th century BC. It has been destroyed time and again, but today it is a peaceful oasis of synagogues, street cafes and restaurants, smart shops and dwellings. 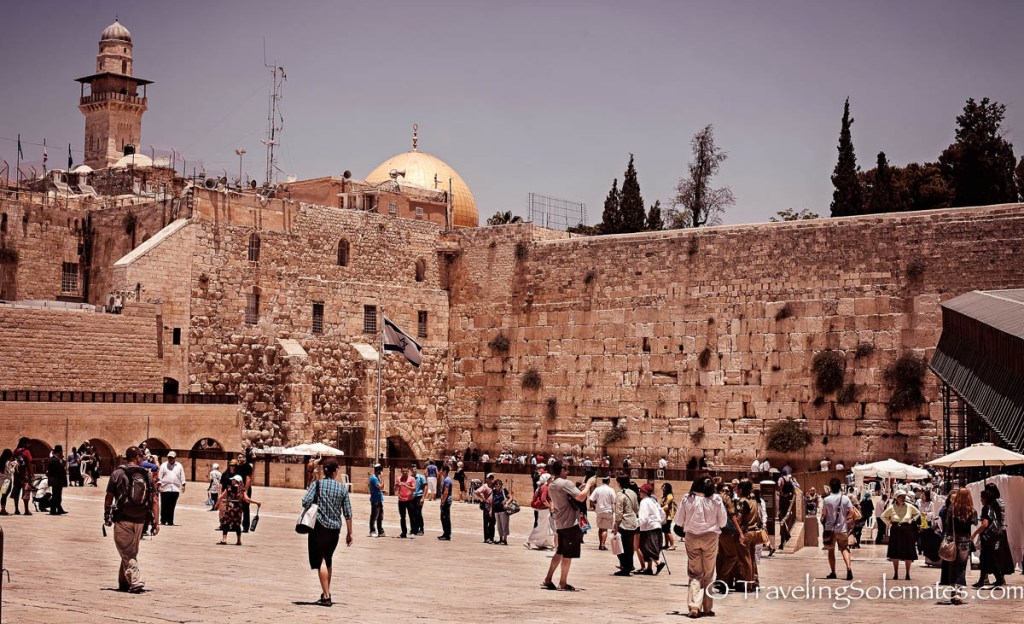 At the heart of the Jewish Quarter is the holiest site in Jerusalem for the Jews, the Western Wall (Wailing Wall or Kotel), believed to be the remnant of the temple that housed the Ark of Covenant. 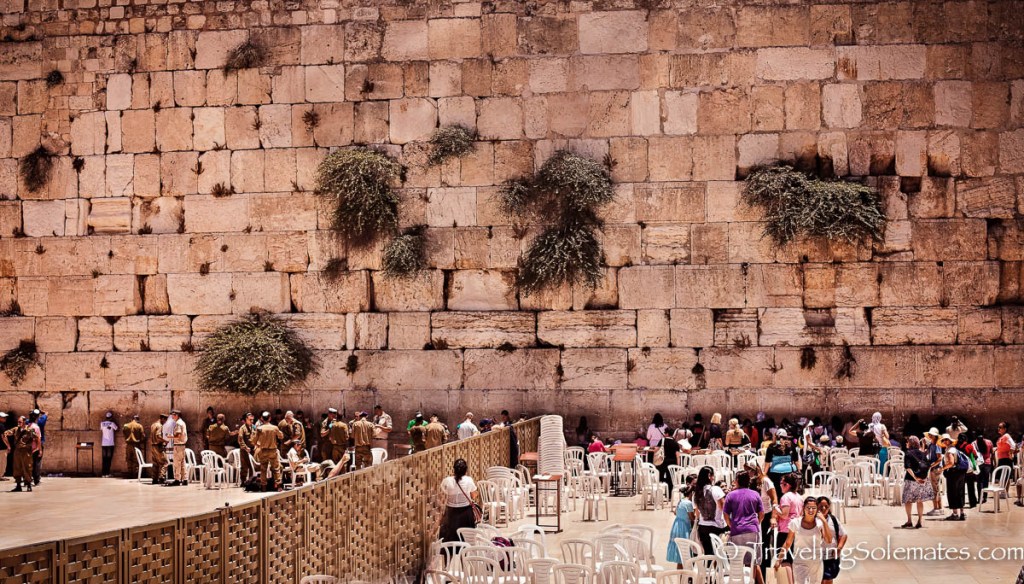 The Wall is divided into men’s and women’s section where Jews from all over the world come to pray. 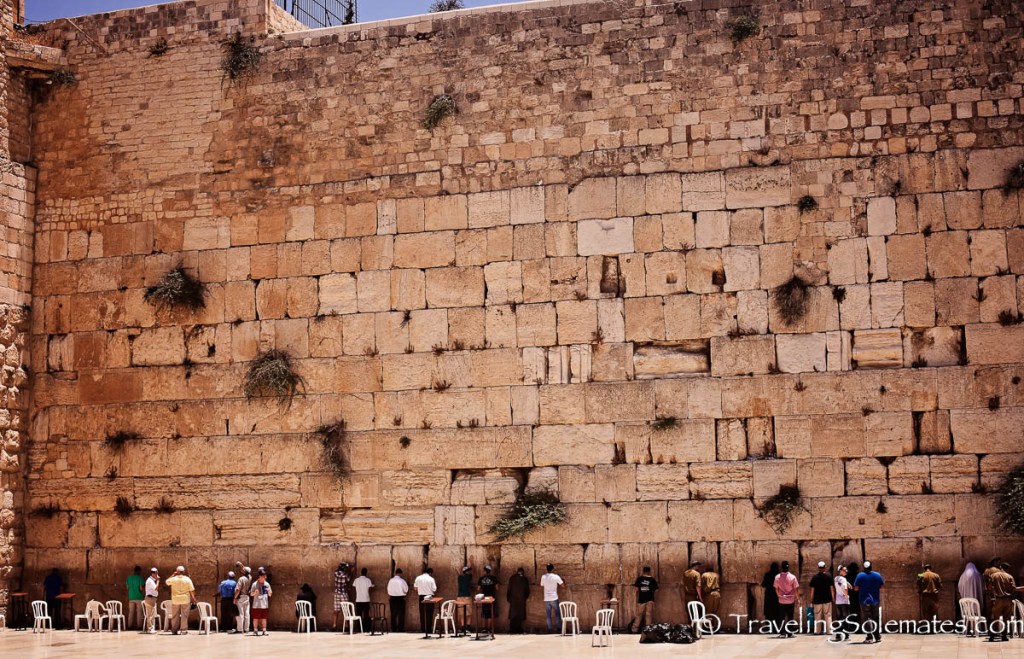 The men in deep prayer  in the Wesrtern Wall. 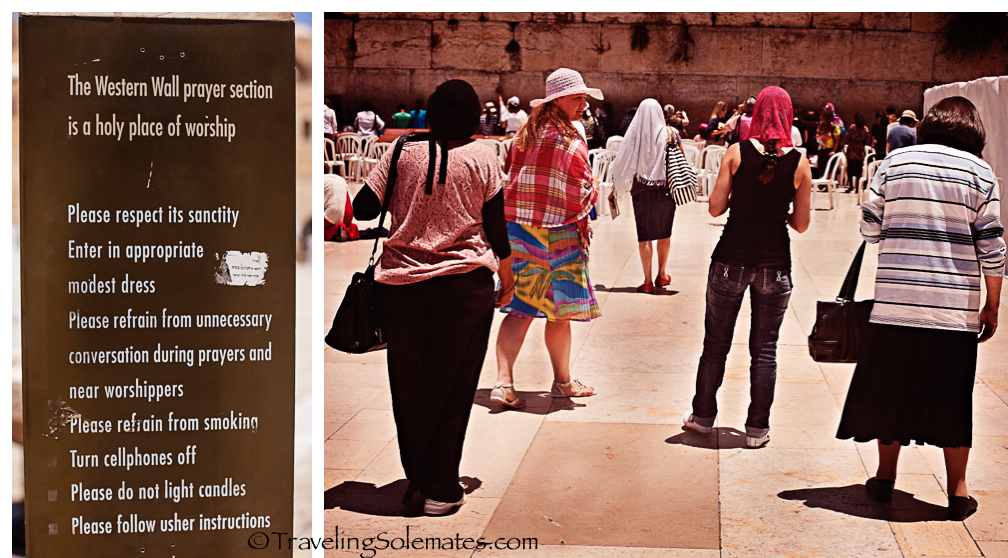 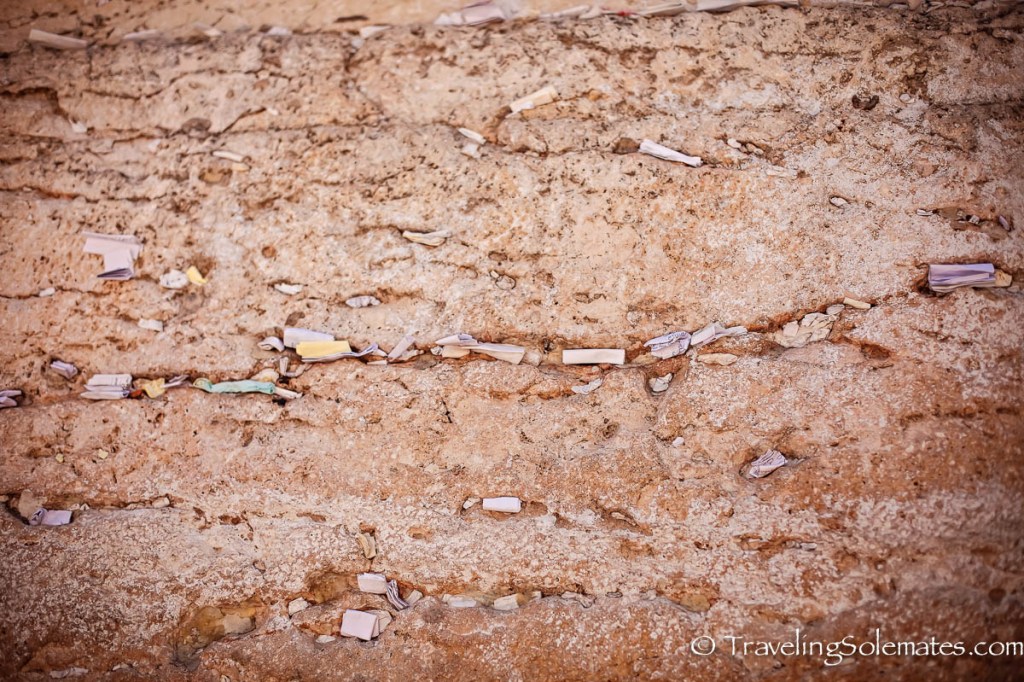 Faithfuls insert rolled papers filled with prayers and wishes in the cracks of the wall. 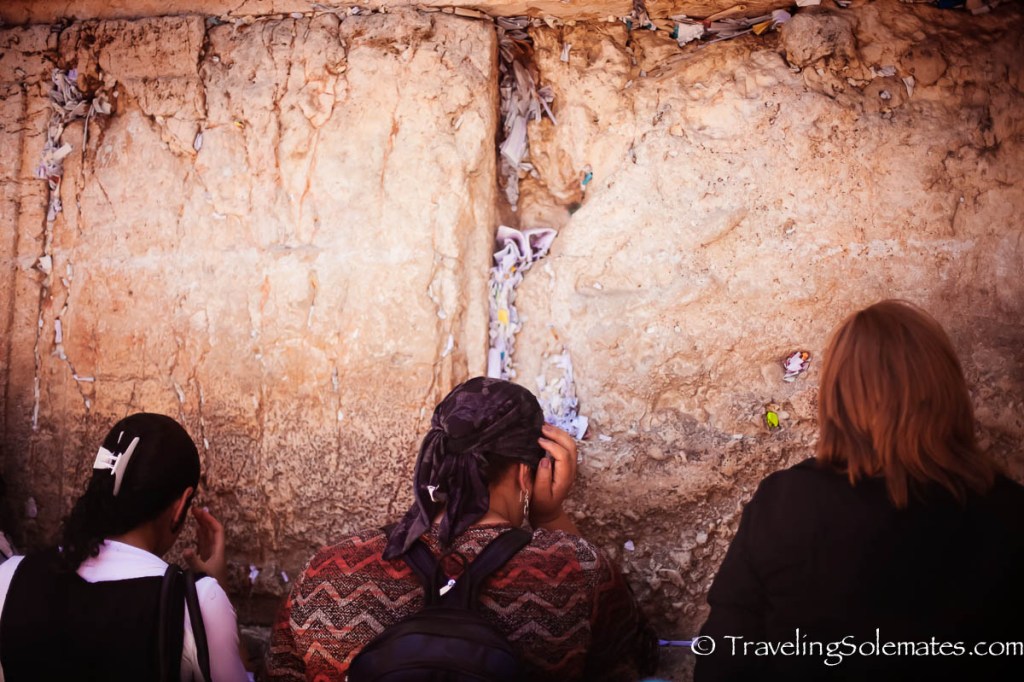 Women in deep prayers in the Western Wall. 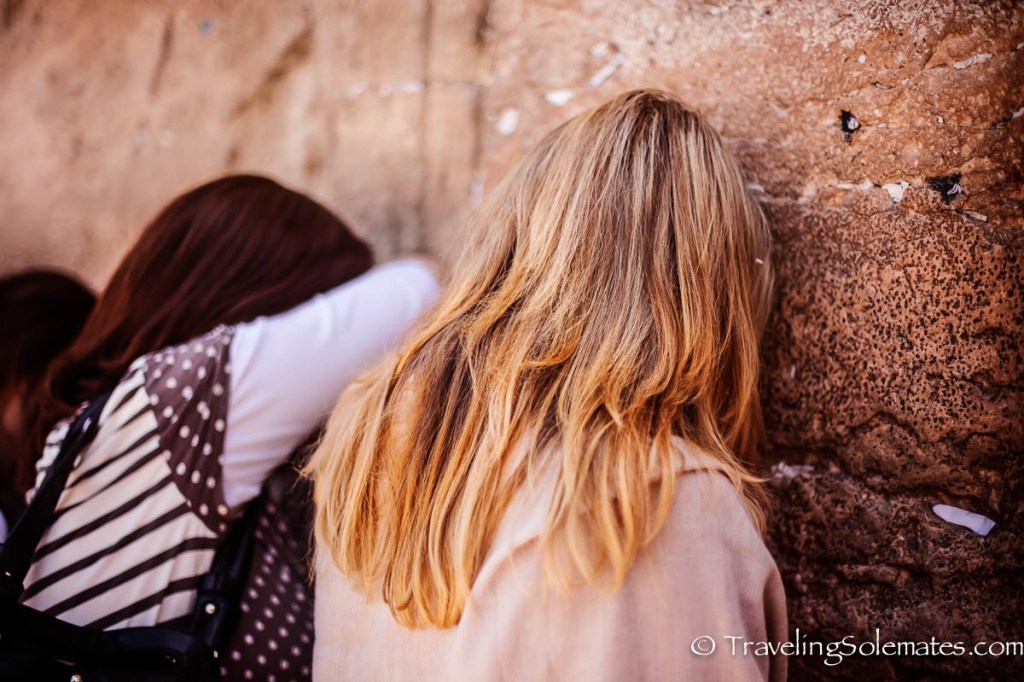 It was magical to immerse ourselves in the  city and to soak in the rich history and witness the powerful  faiths that pervades within the wall of the Old City. It was an experience of a lifetime.

View all posts by Marisol & Keith →

67 responses to “The Old City of Jerusalem”