Journey to Antartica Aboard the National Geographic Explorer – Day 7

So far, we have seen so much beauty in Antarctica and each day presented new wonders. Still in awe from the staggering grandeur of the Lemaire Channel from the day before, we were anxious to see what this day would bring.

Kayaking and Hiking in Neko Harbor
If nature would allow our expedition leader’s Plan A for this morning, we would finally be  kayaking on the waters of Antarctica. We woke up calling for the weather gods to bless us with windless morning and calm waters. Thankfully, our prayers were heard. 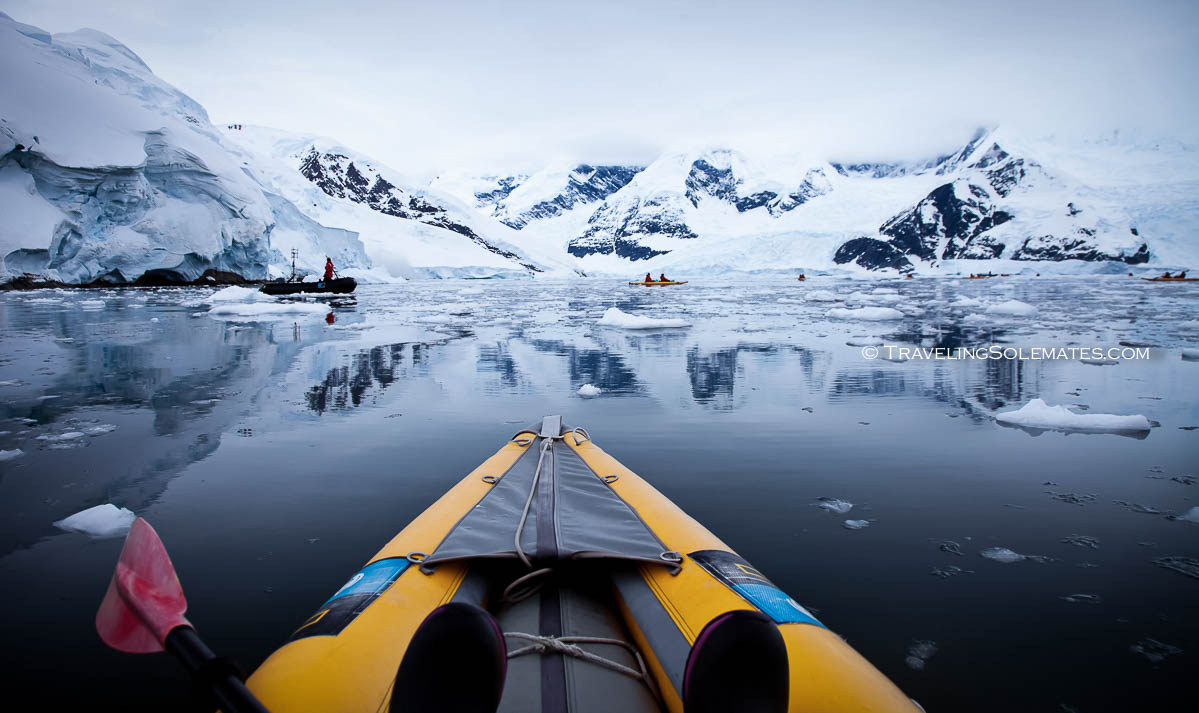 It was exhilarating to paddle our way around the splendor of Neko Harbor. The sky was overcast but our spirits were bright and high. 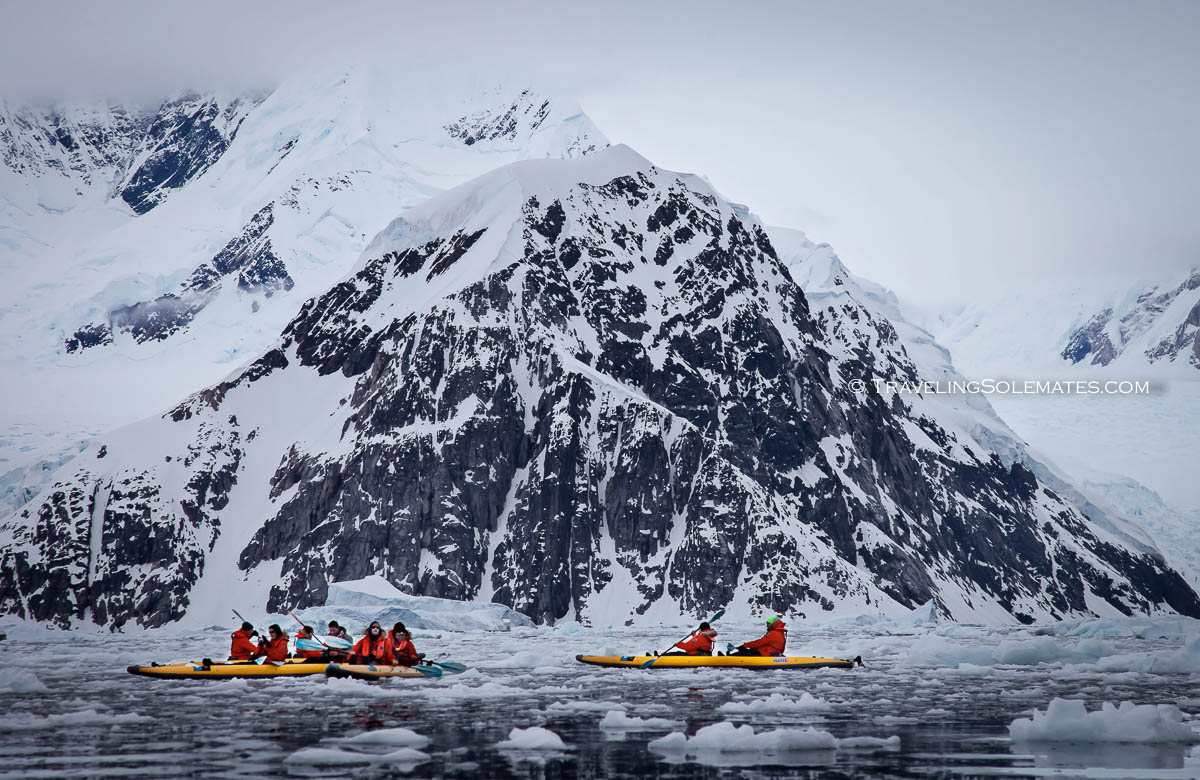 Our fellow travelers paddle through brash ice amidst the staggering mountains that surround Neko Harbor. 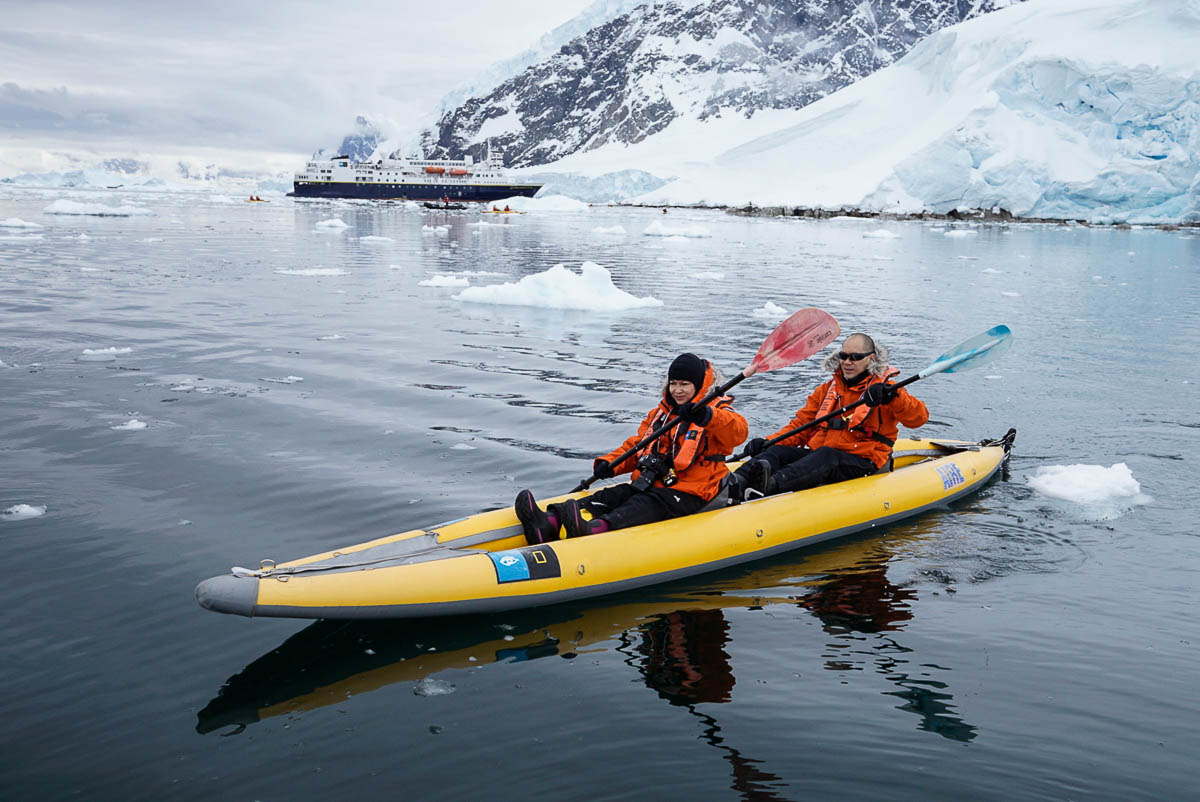 (Thanks to Cotton Coulson for taking this photo.)

As we serenely glided through the quiet water, we were occasionally startled by penguins who quickly jumped up and down the water next to our kayak. 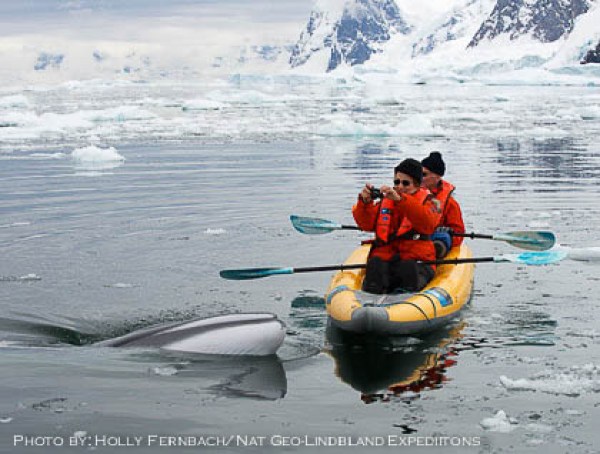 But some kayakers didn’t only have close encounters with the penguins….. One of the whale experts in the expedition captured this minke whale trying to get upclose and personal with kayakers.

Sea kayaking in Antarctica is an intimate way to explore and to take in the beauty of this glorious place. It is an experience not to be missed if you’re traveling in this region. 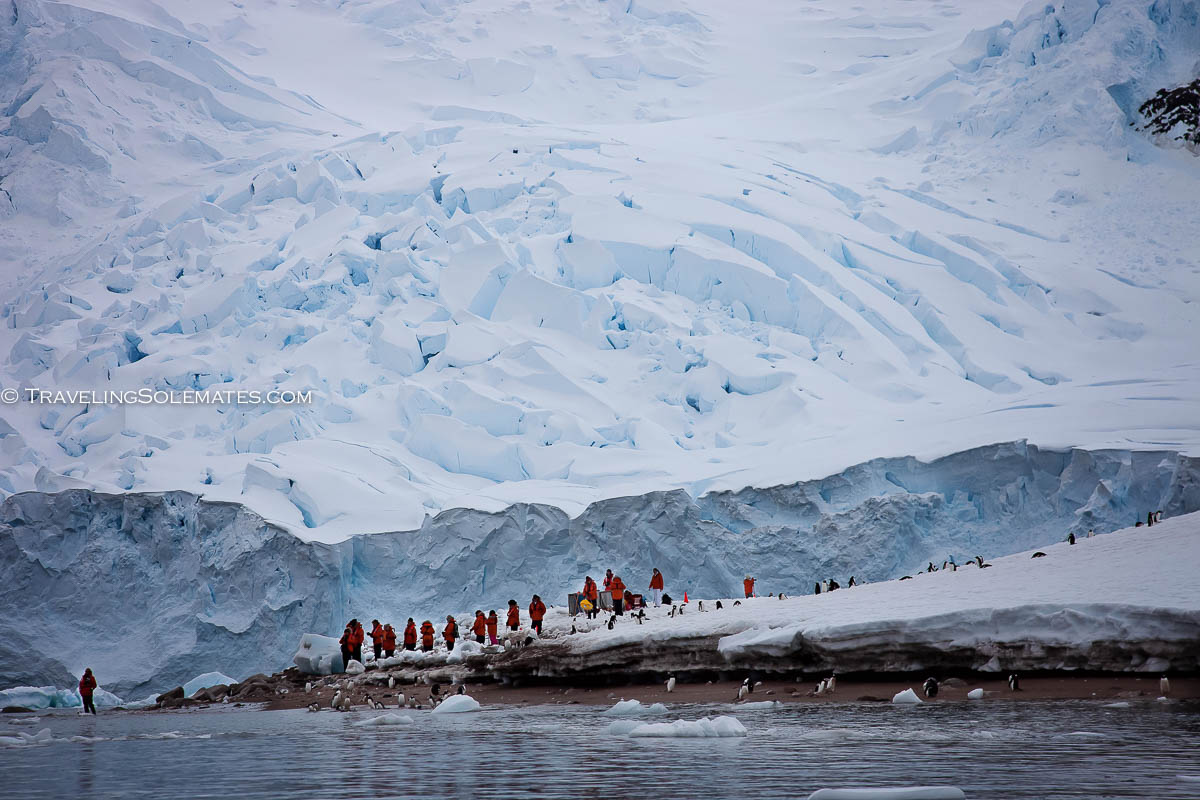 After our kayaking adventure, it was time for a good, sweaty hike in one of the astounding ice-covered mountains surrounding the harbor. 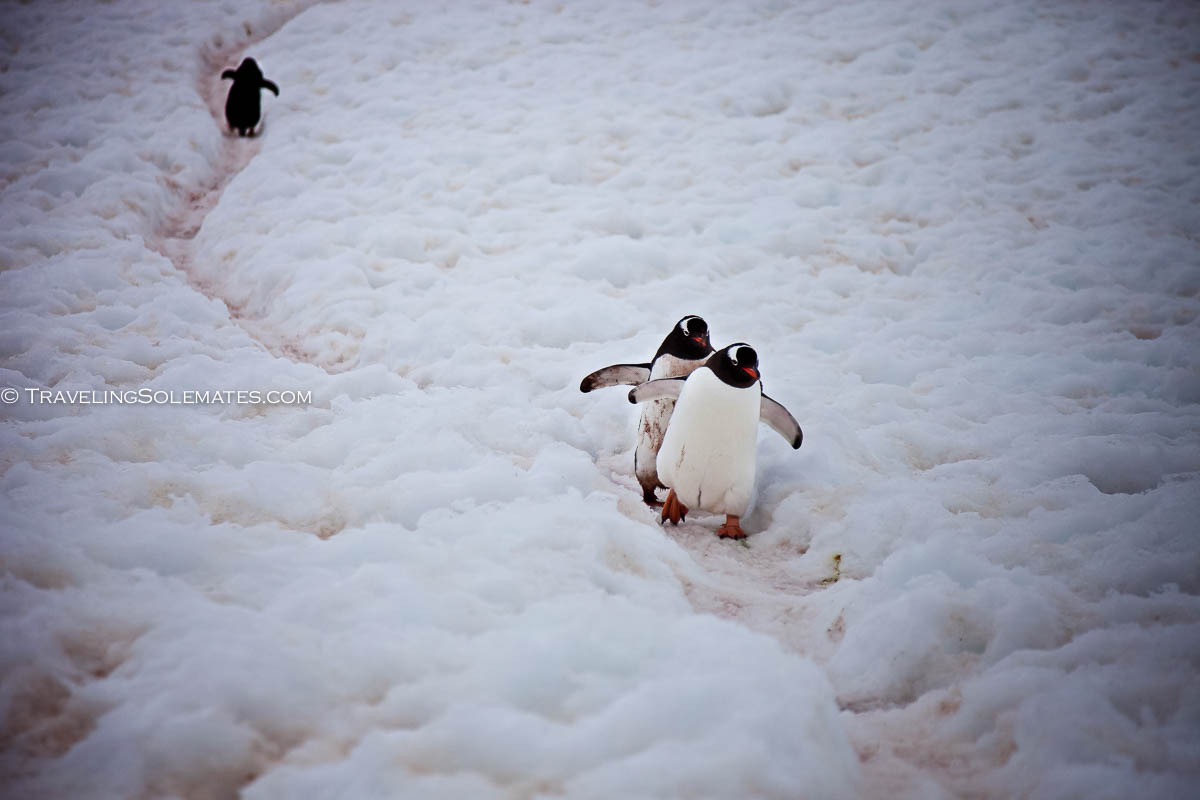 The landing beach is populated by Gentoo penguins. It was fun to see them climb  up and down on their own trails. 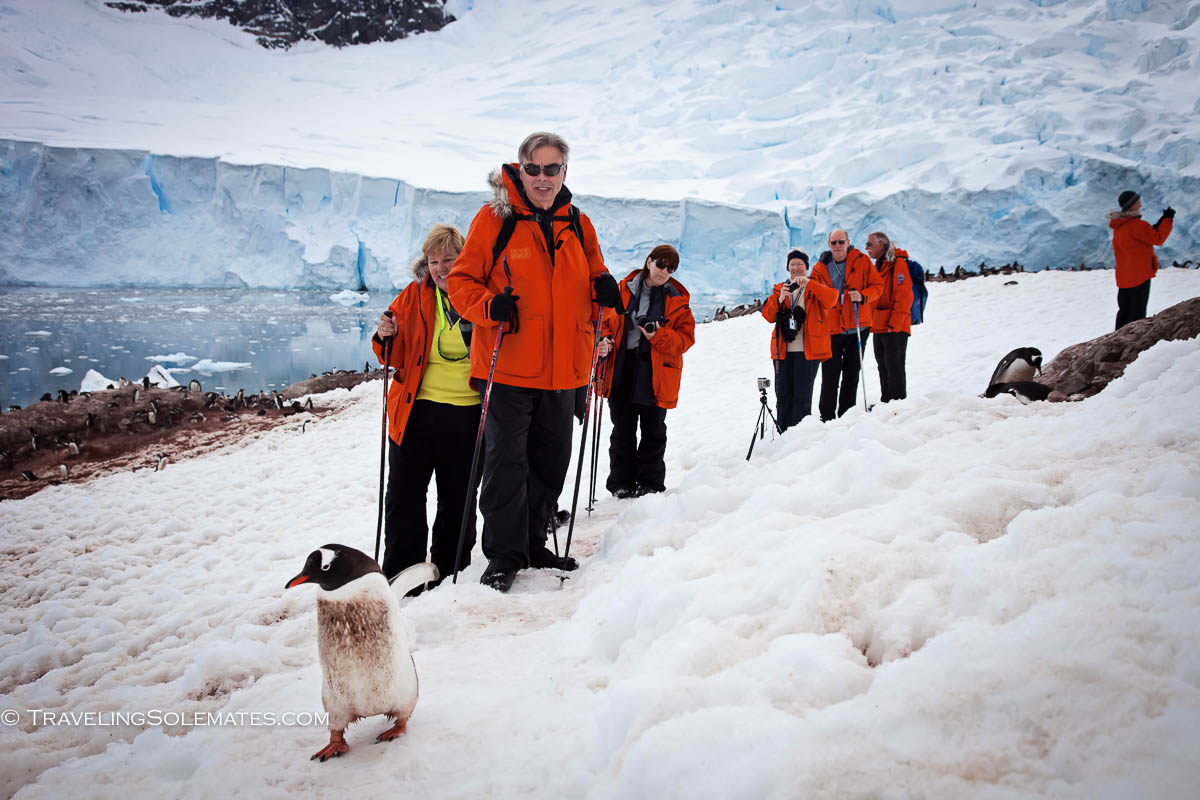 Some penguins preferred to share the human trail and this one appeared to be leading some of the hikers. 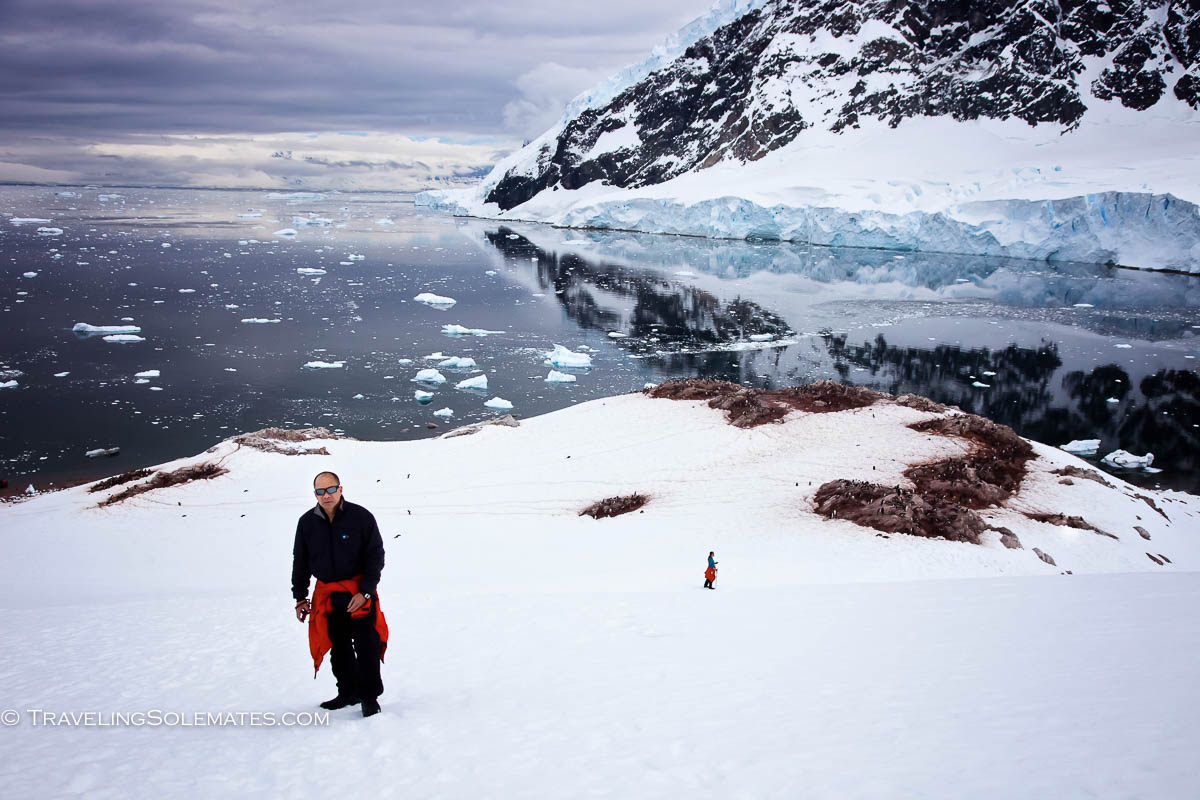 It was quite a steep hike and gave us a good workout. We sweat for the first time during the expedition and we had to shed the parkas as we made our way up. We also passed by a lot of penguin rookeries (those brown spots in the background) as we were going up. 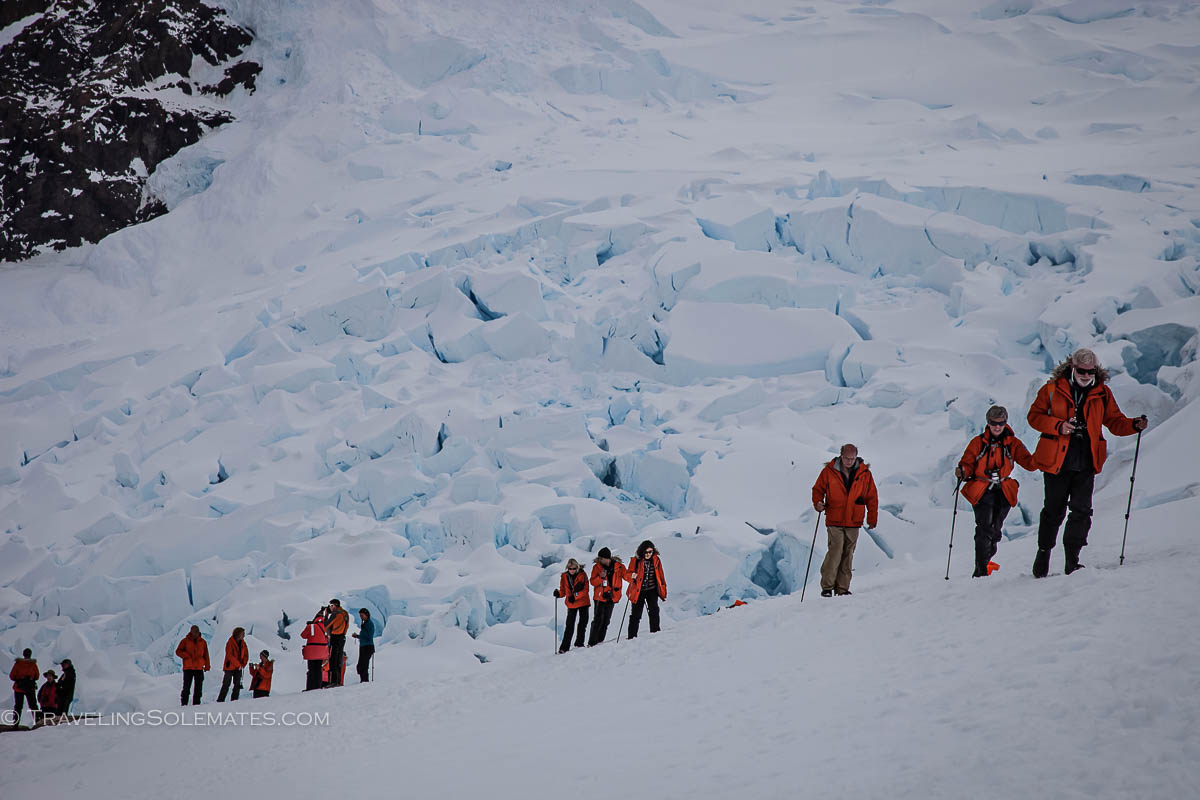 Fellow hikers who started early were making their way down as we were getting closer to the viewpoint. The view of the ice from here was pretty astonishing. 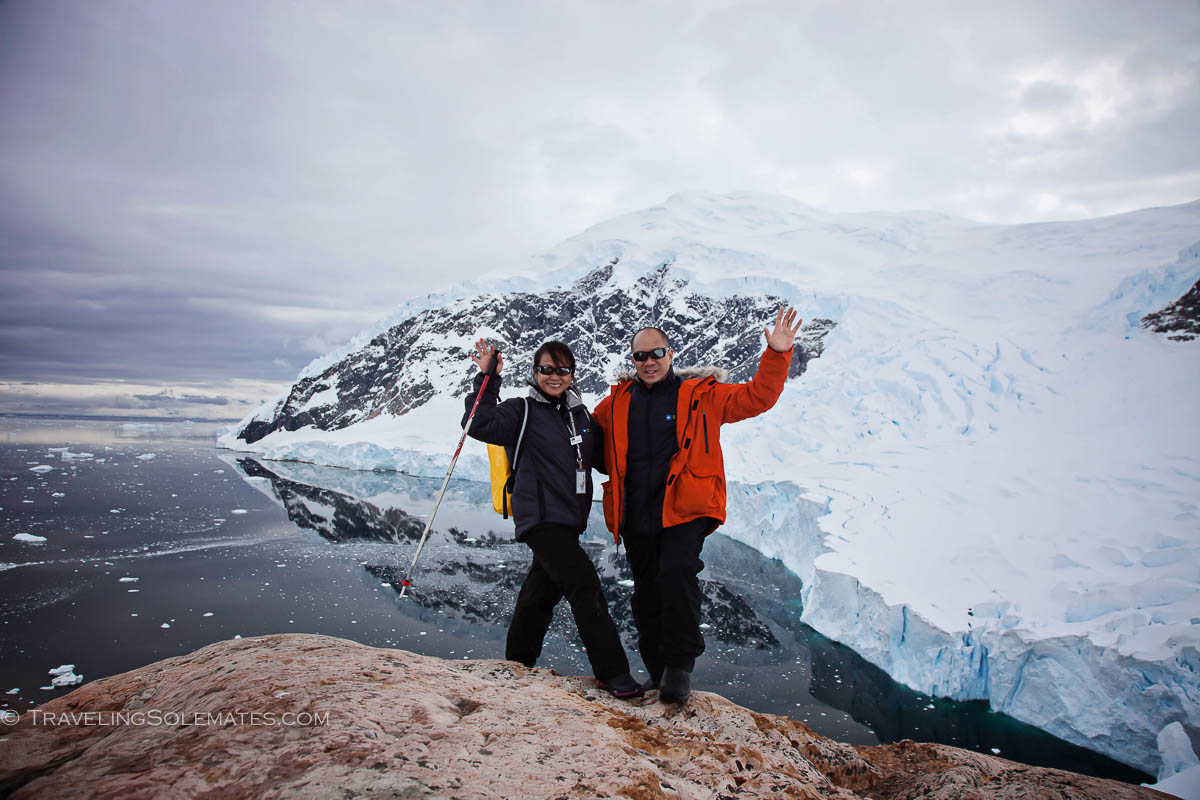 We reached the viewpoint where we soaked in  a 180 degree panoramic vista of the bay. 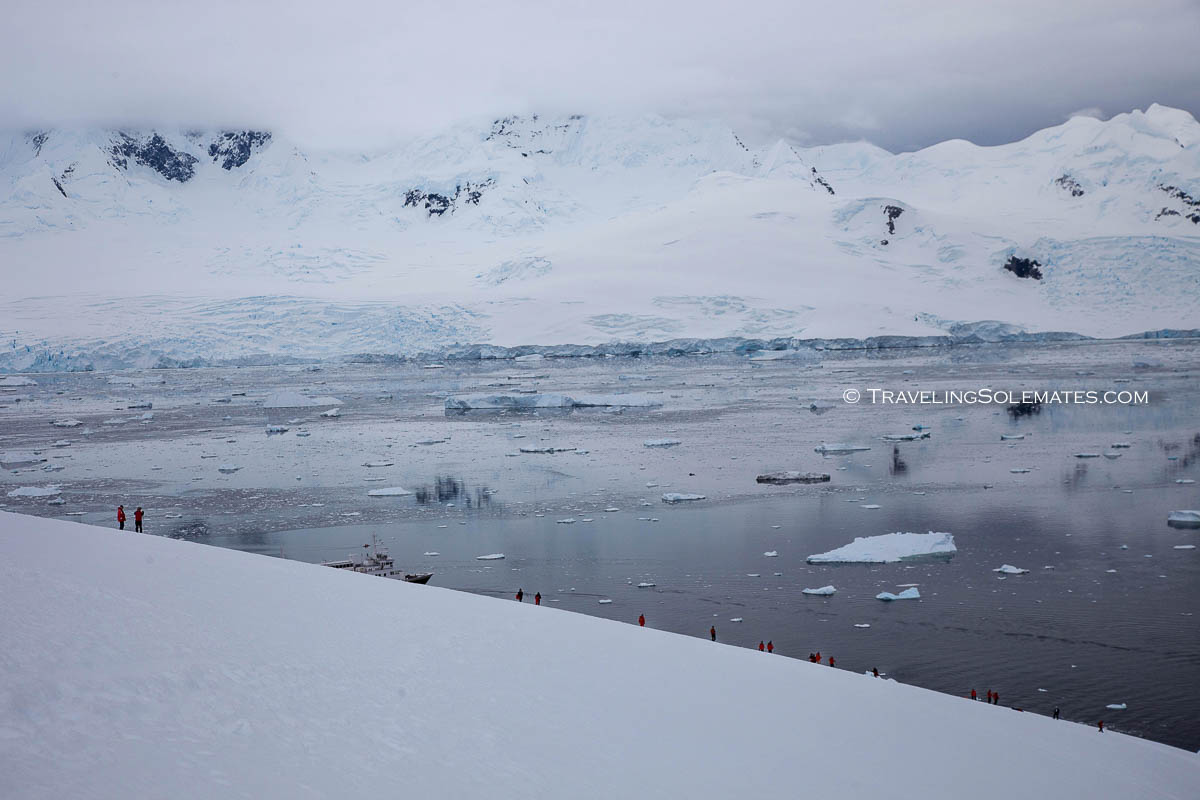 Hikers making a steep descent to the landing beach. 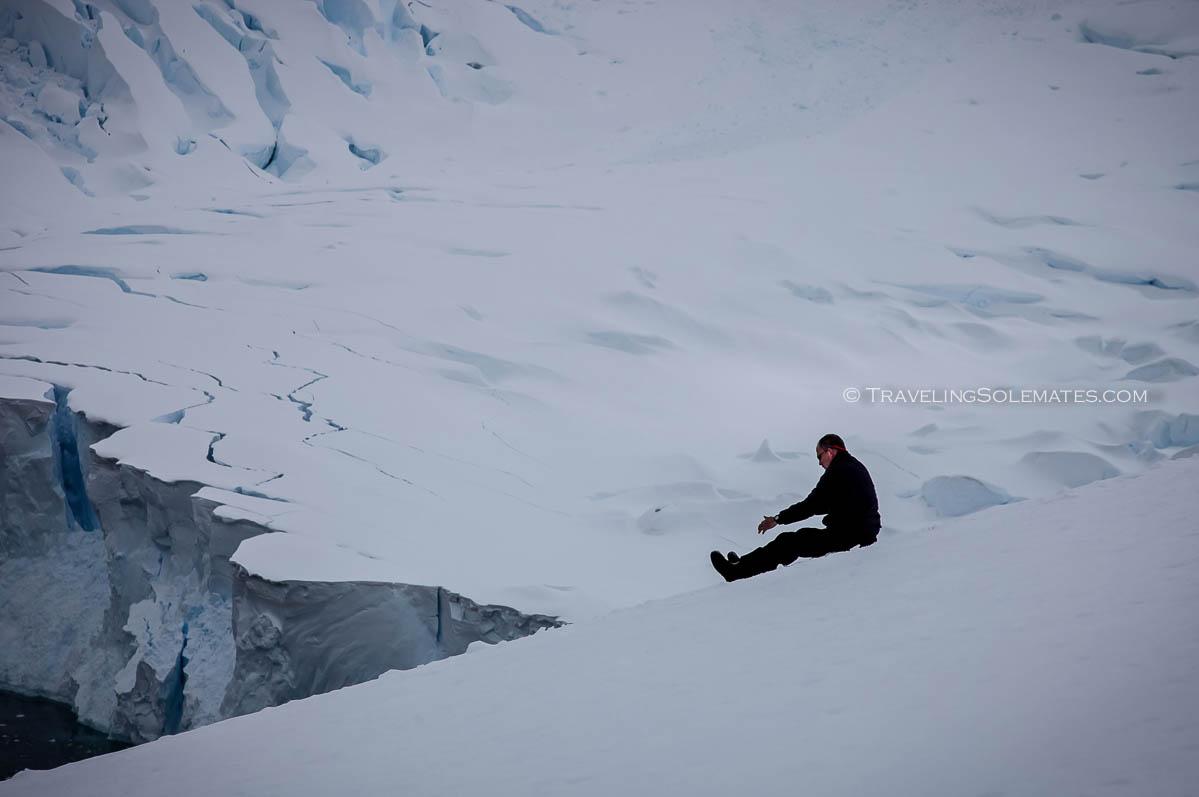 Some of our fellow hikers preferred a more fun way to descend — by sliding down…. 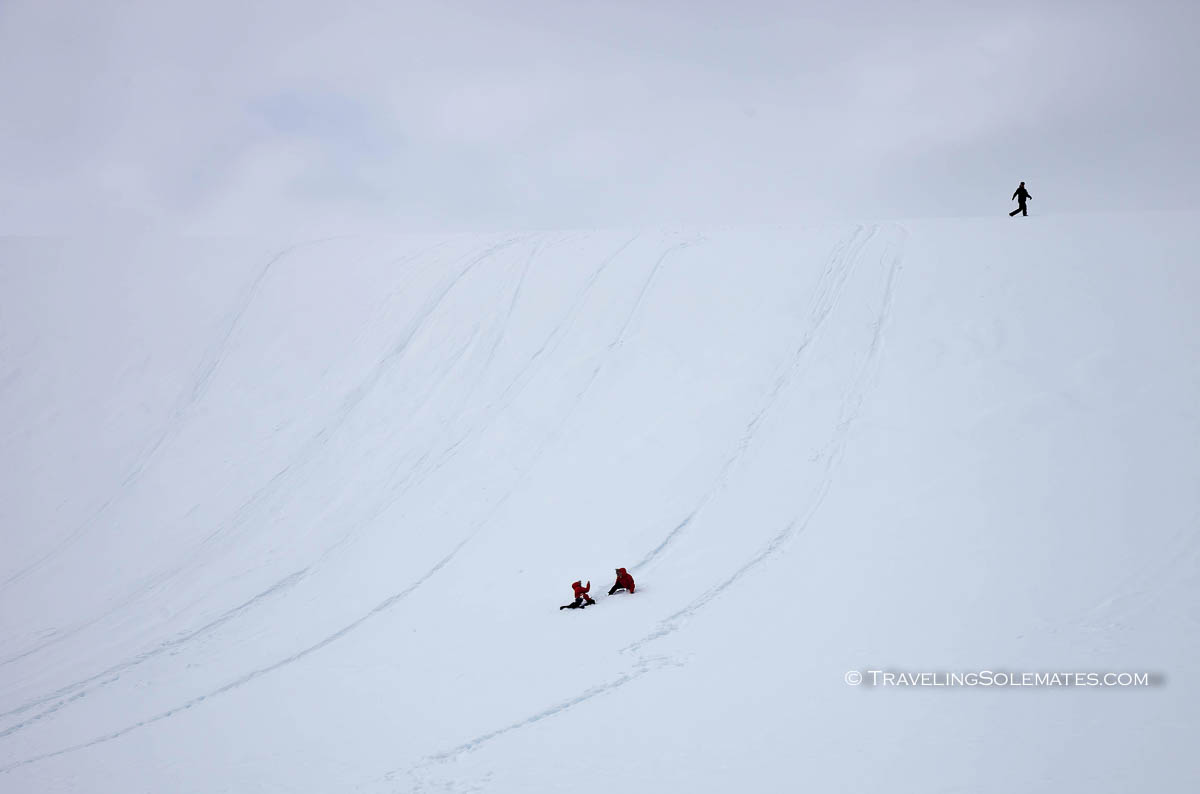 …and some young girls preferred to roll down.

In the afternoon, the plan was to land at Orne Harbor but the landing site was iced in. But of course, our efficient expedition team always had a Plan B.

We instead headed to Cuverville Island, where we were given a choice of two activities – to hike one of the rocky domes of the island or take a Zodiac cruise around the iceberg field.  As we already had a good hike in the morning. we chose the latter. 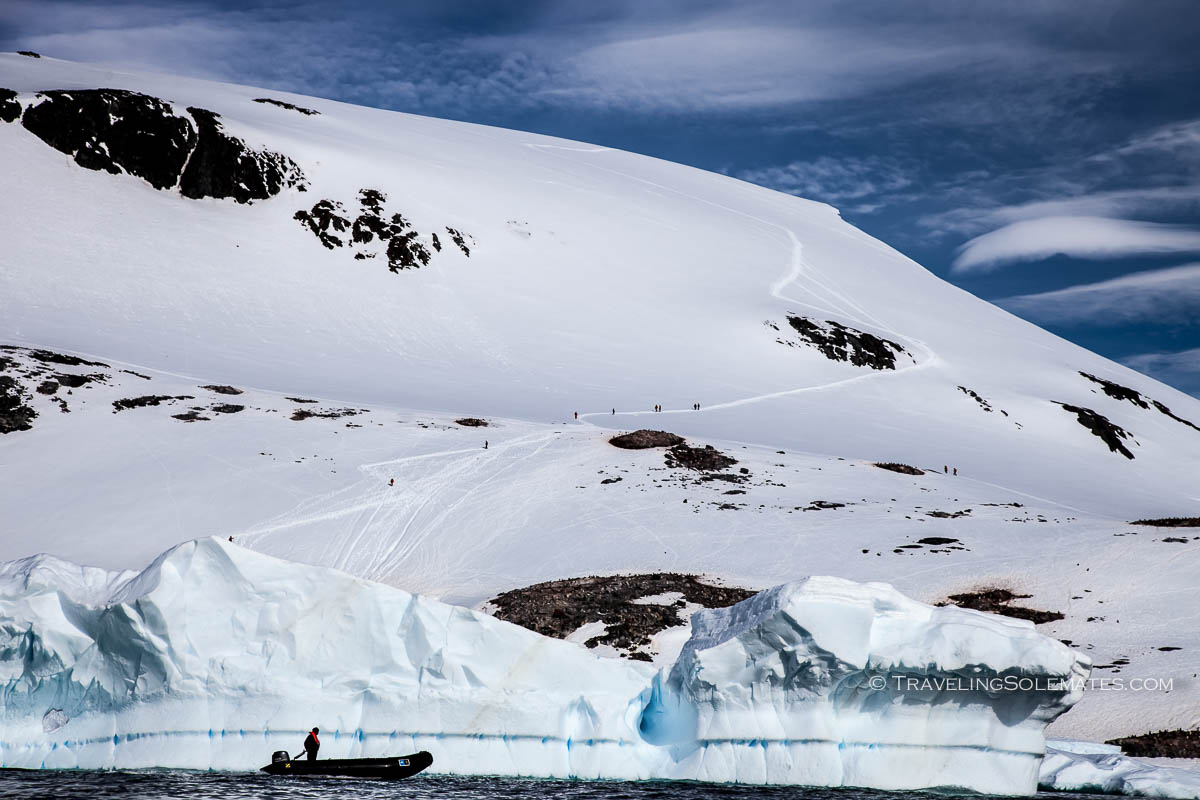 We were in awe at the sight of our fellow travelers looking like penguins on the trail of the Cuverville’s mountain.  Mountains are big, people are so small — it was very humbling. 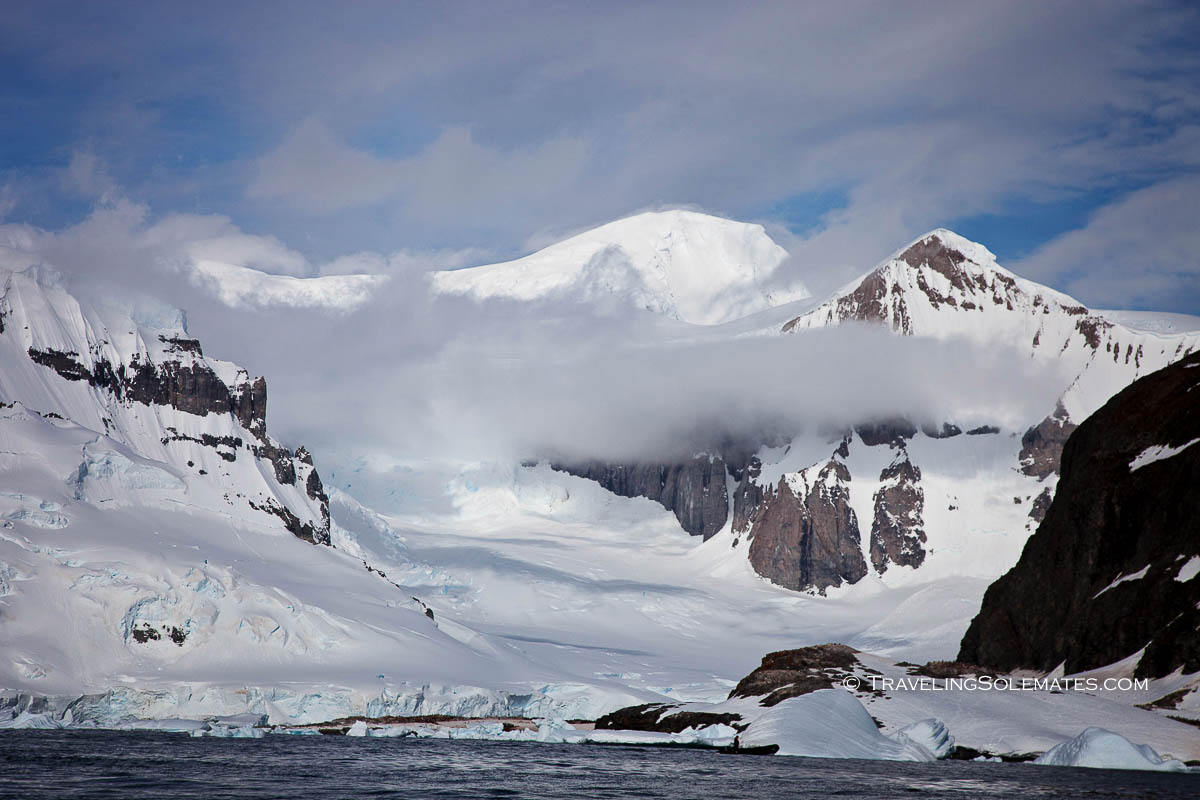 Some more of the spectacular rocky domes that make up most of Cuverville Island. 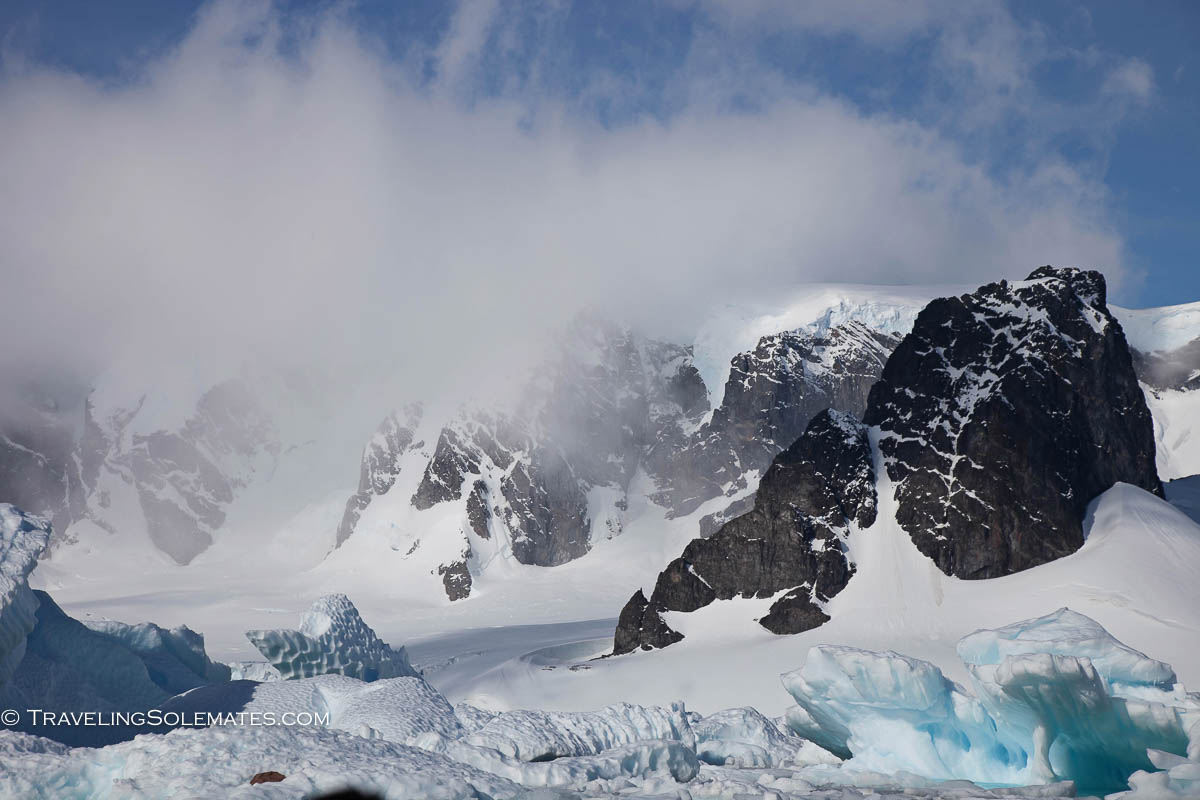 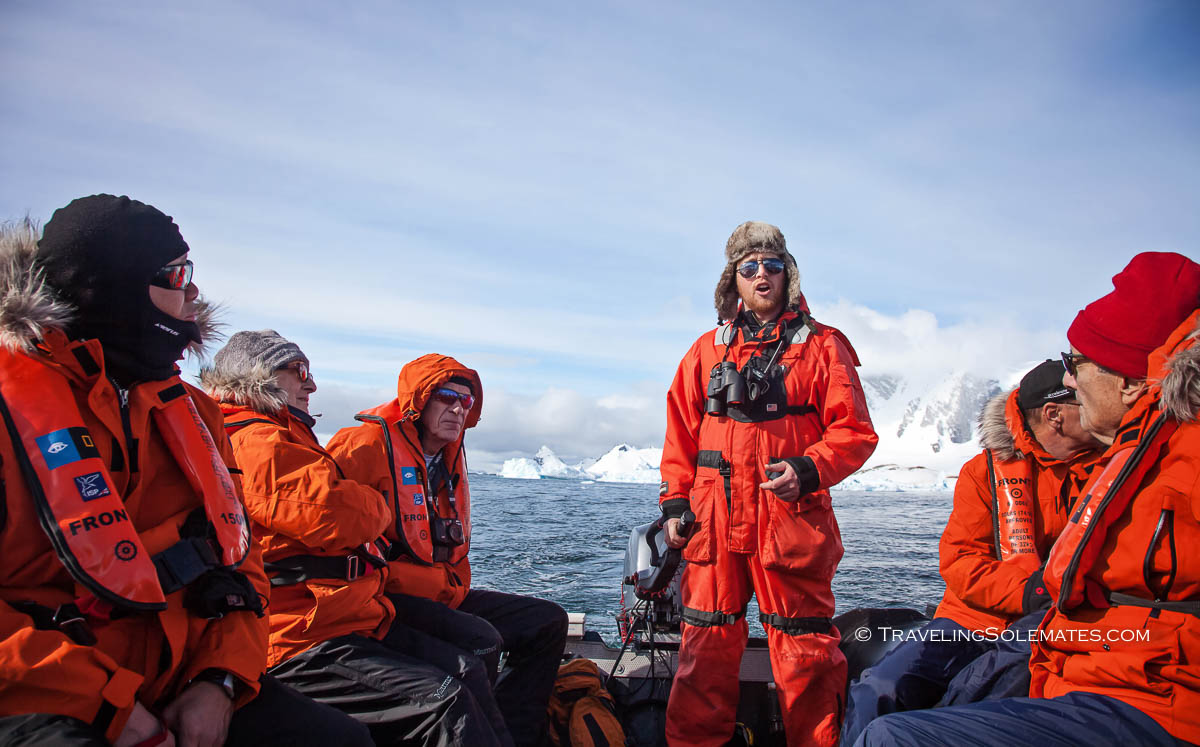 Aboard the Zodiac, we were accompanied by a lively and passionate naturalist who gave use talk about our surrounding and how the icebergs were formed.

Icebergs are ice debris that are born from land glaciers. They begin as snow falling, they accumulate and are compressed over many years. Pressure and weight causes the ice sheet to move and flow into the sea. To be classified as icebergs, they must be at least 15 feet above water line. If they are 5 feet above water line, they are ‘bergy bits’ and  are ‘growlers’ if they are a foot.  We learned that only 10% of all bergs are seen above water – that truly is “just a tip of an iceberg.” 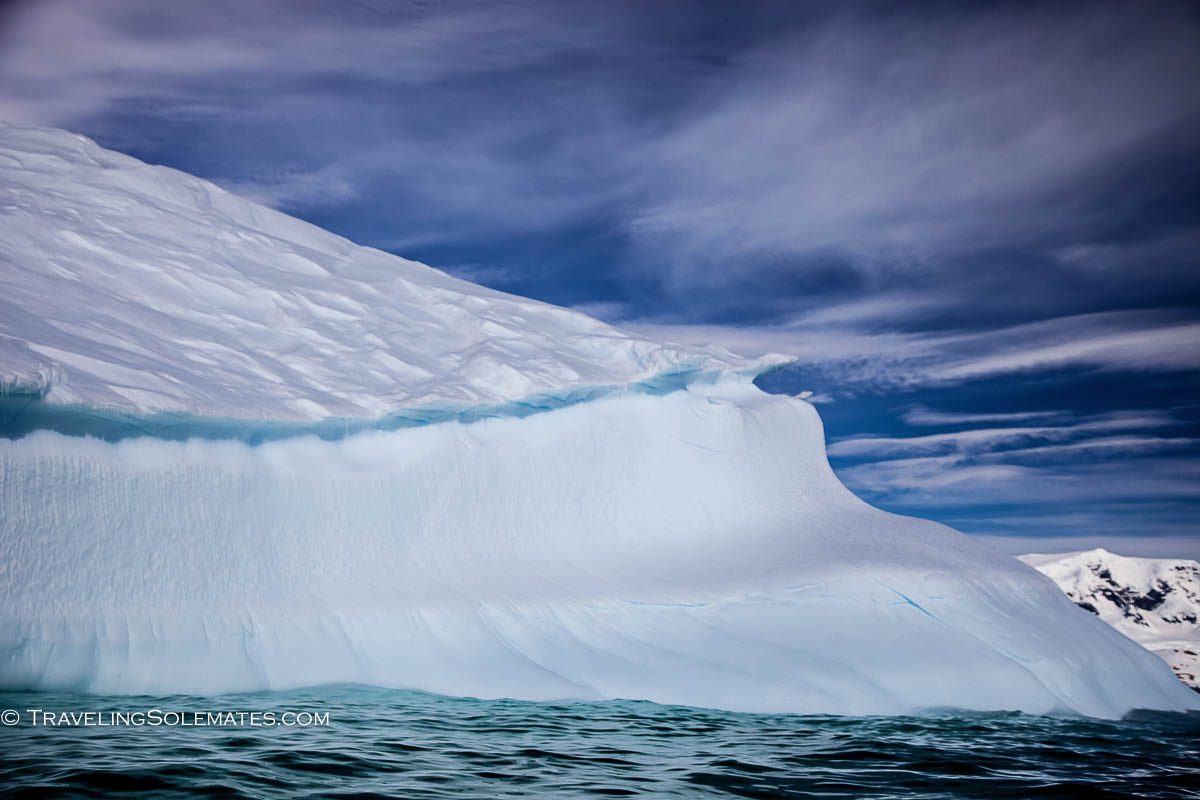 We were enthralled by the stunning bergs that came in different sizes and beautifully sculpted by nature. 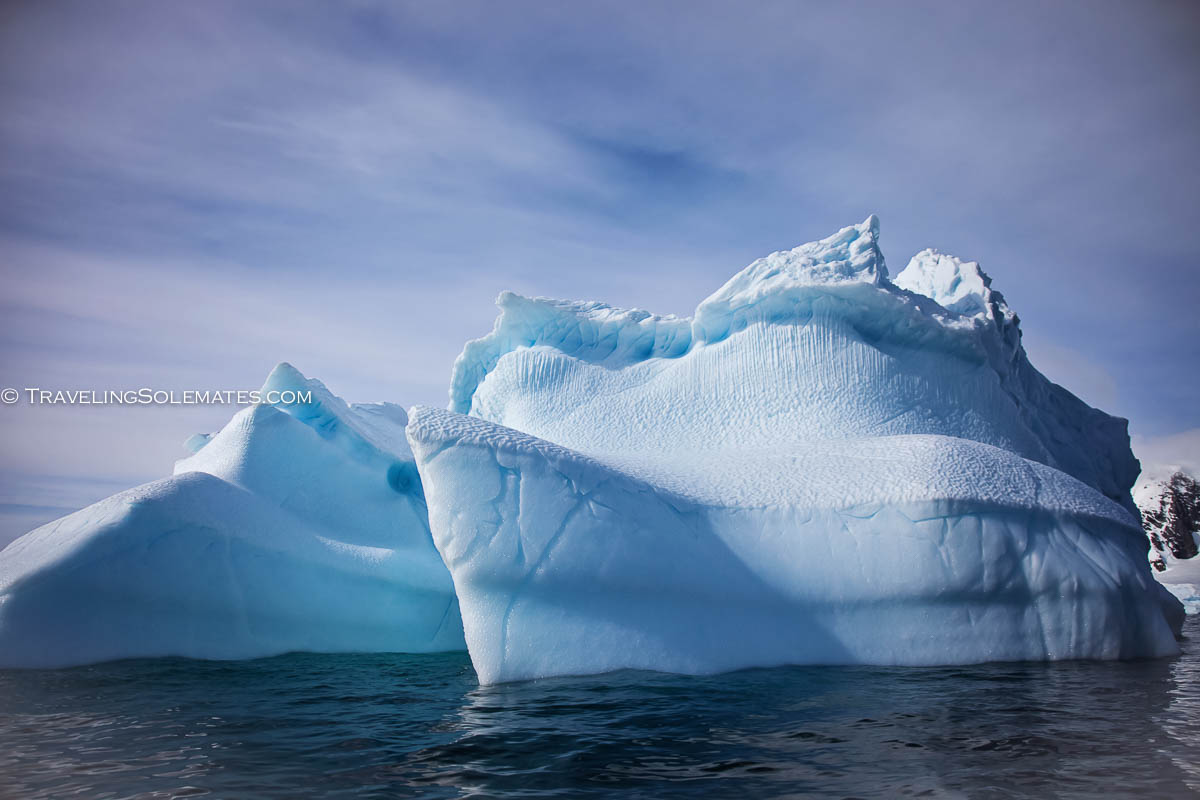 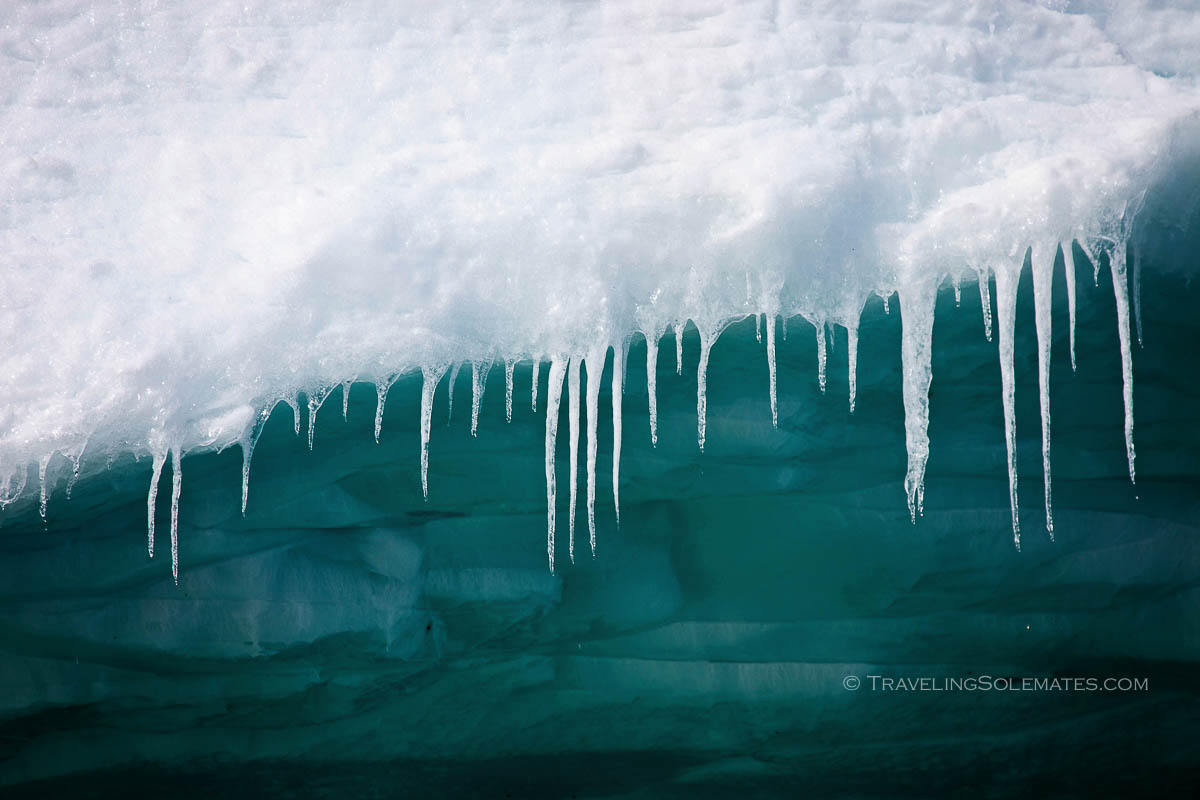 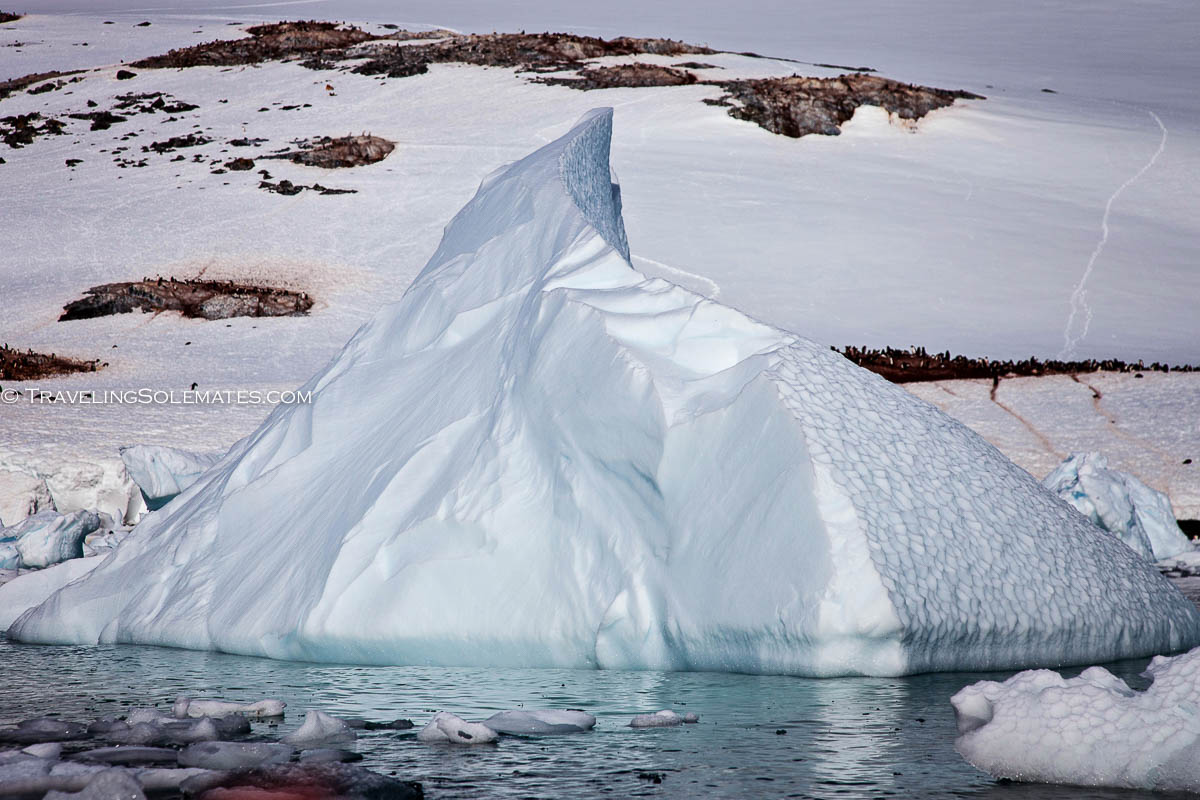 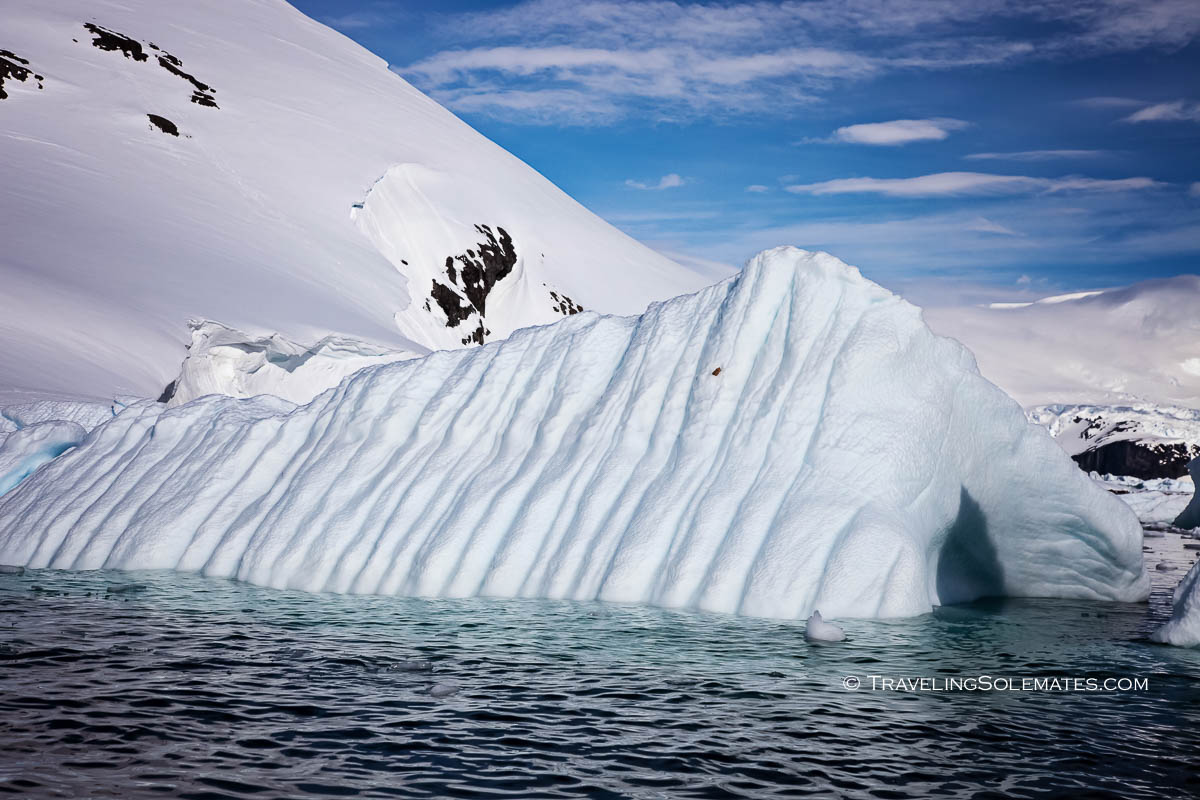 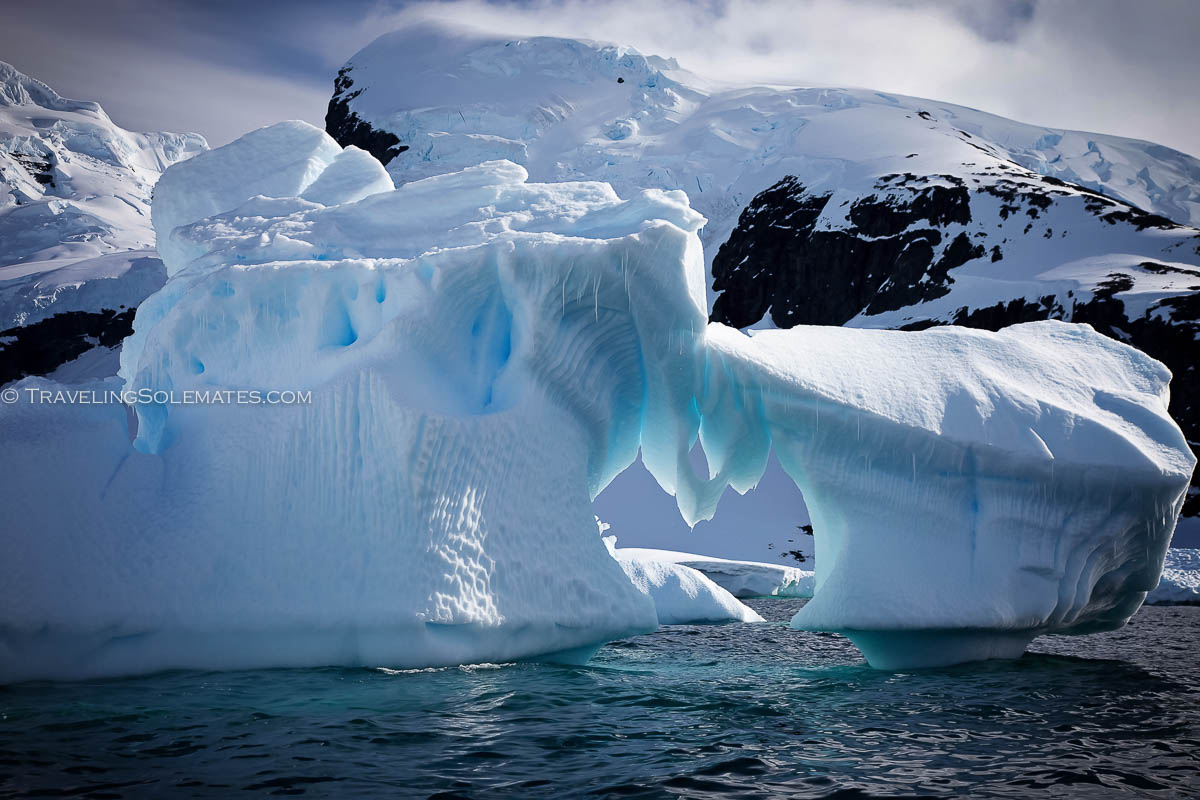 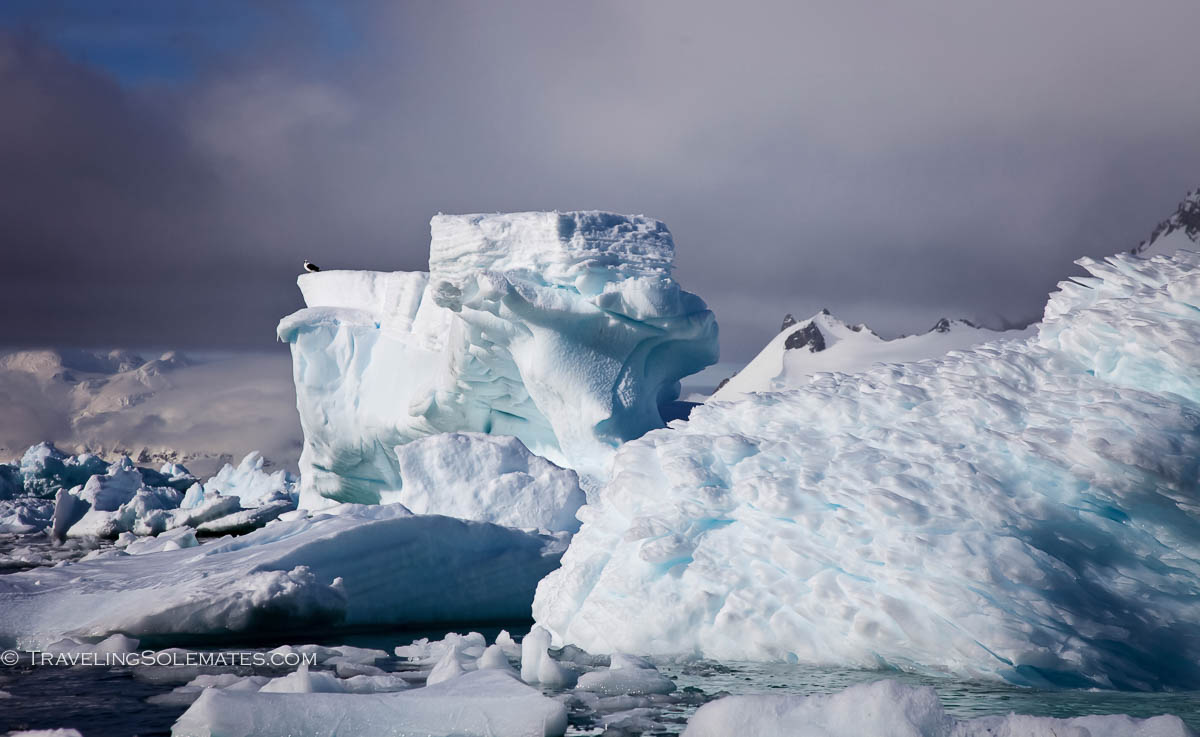 A lone bird resting on top of an iceberg.

It was another day filled with great polar experiences and staggering beauty.  We were sad to think that the following day would be our last day in the Antarctic continent before we sail back to Argentina. We saw more penguins, visited a museum (yes, there is a museum in Antarctica!) and had our last walk on sea ice. We’ll share our bittersweet last day in our next post.

Linking to Weekend Travel Inspiration and The Weekly Postcard 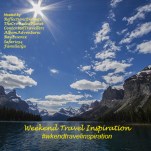