It has been 25 years since the fall of Berlin Wall but the expression of global euphoria of that historic time remains vivid on the longest surviving section of the Wall. 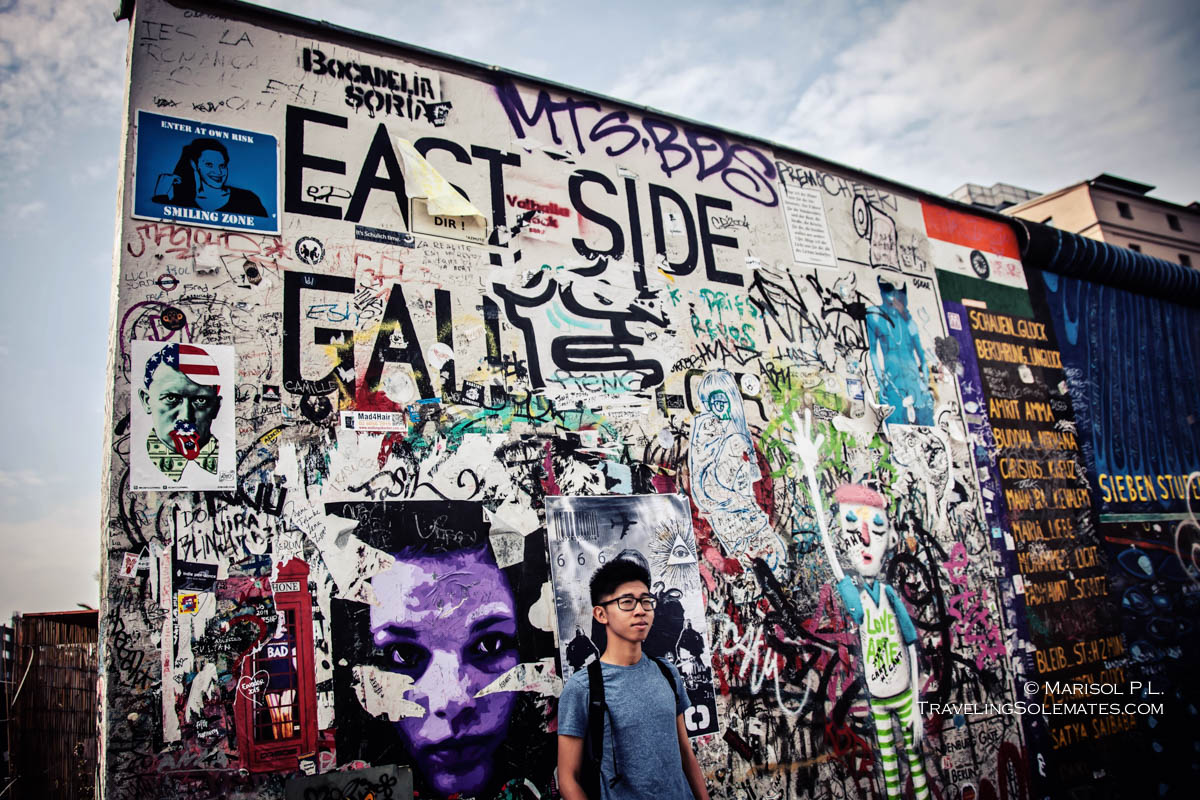 Along the Spree River, the real border between East and West Germany, a section of the Berlin Wall on the eastern bank was left intact and became an international memorial of freedom.

In 1990, artists from more than 20 countries expressed the world’s jubilation of Germany’s reunification by painting more than 100 murals on this wall that became known as the East Side Gallery. 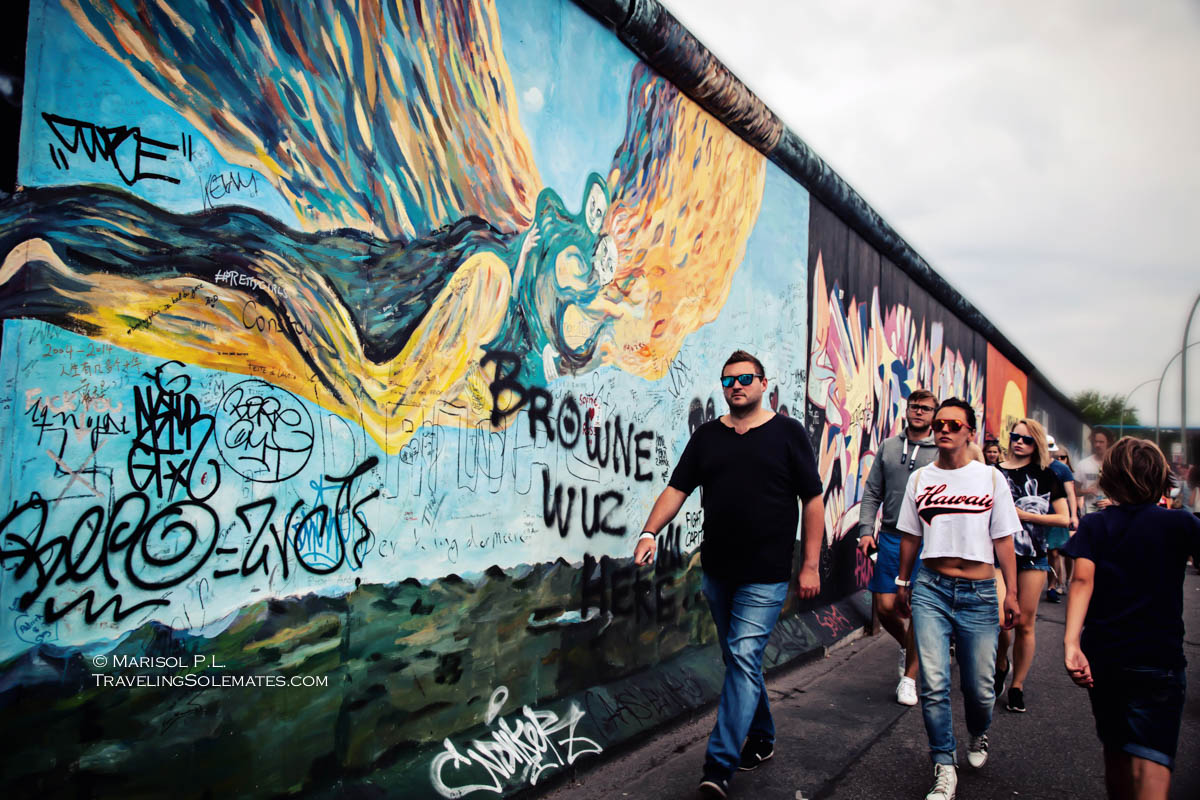 Stretching 1.3 km (0.8 mi) long and 3.6-meter (11 ft) high, the East Side Gallery is the largest open-air mural collection in the world.  It is also the longest lasting. 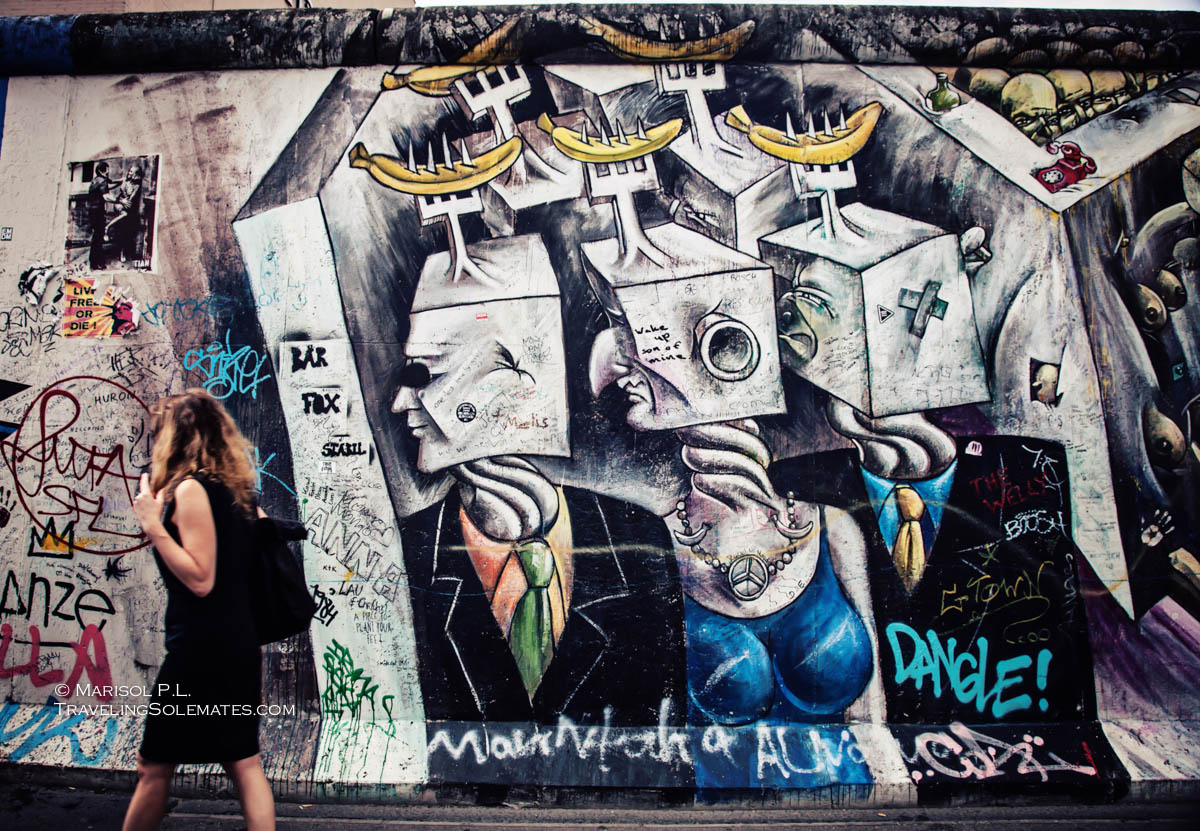 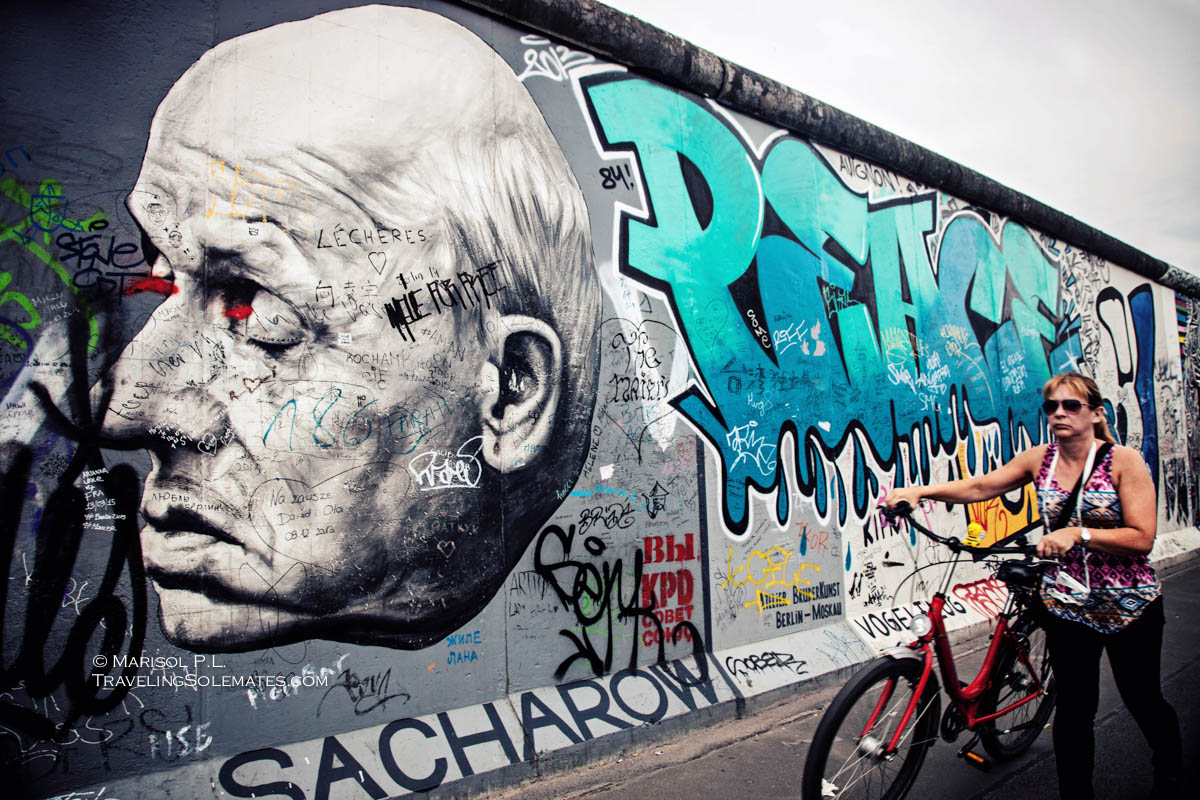 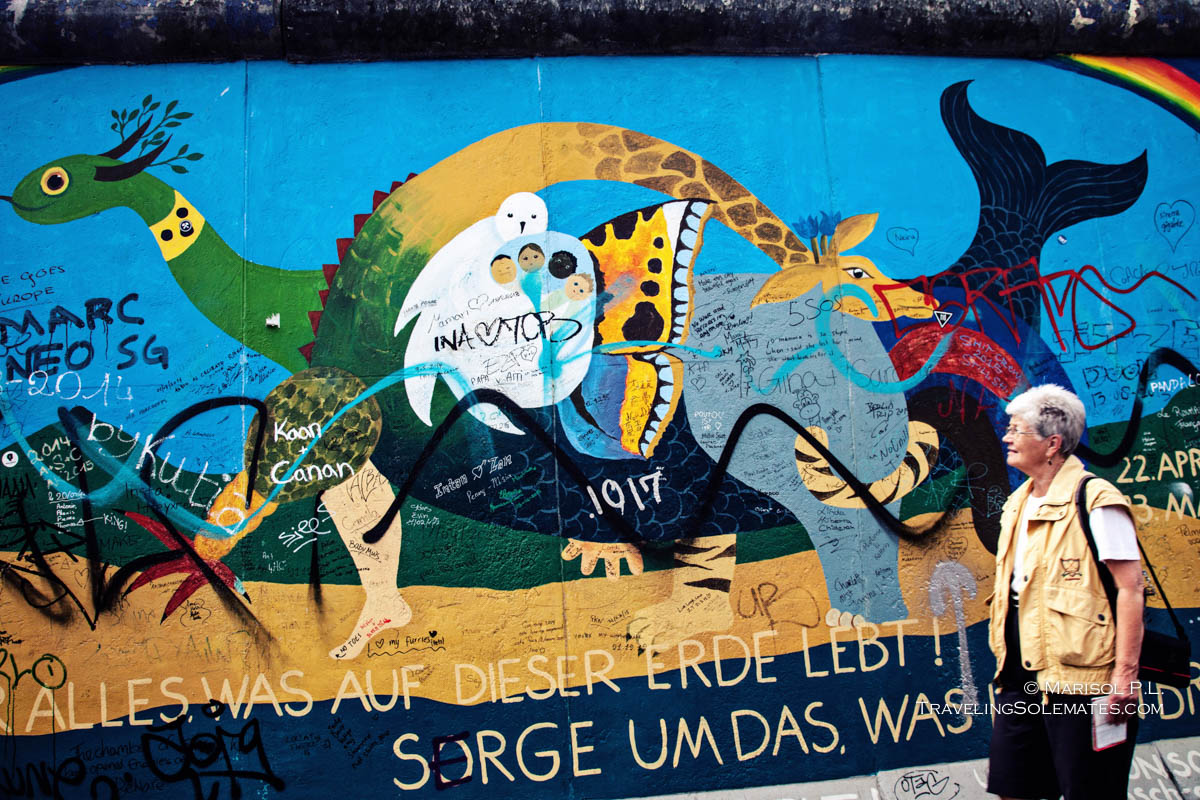 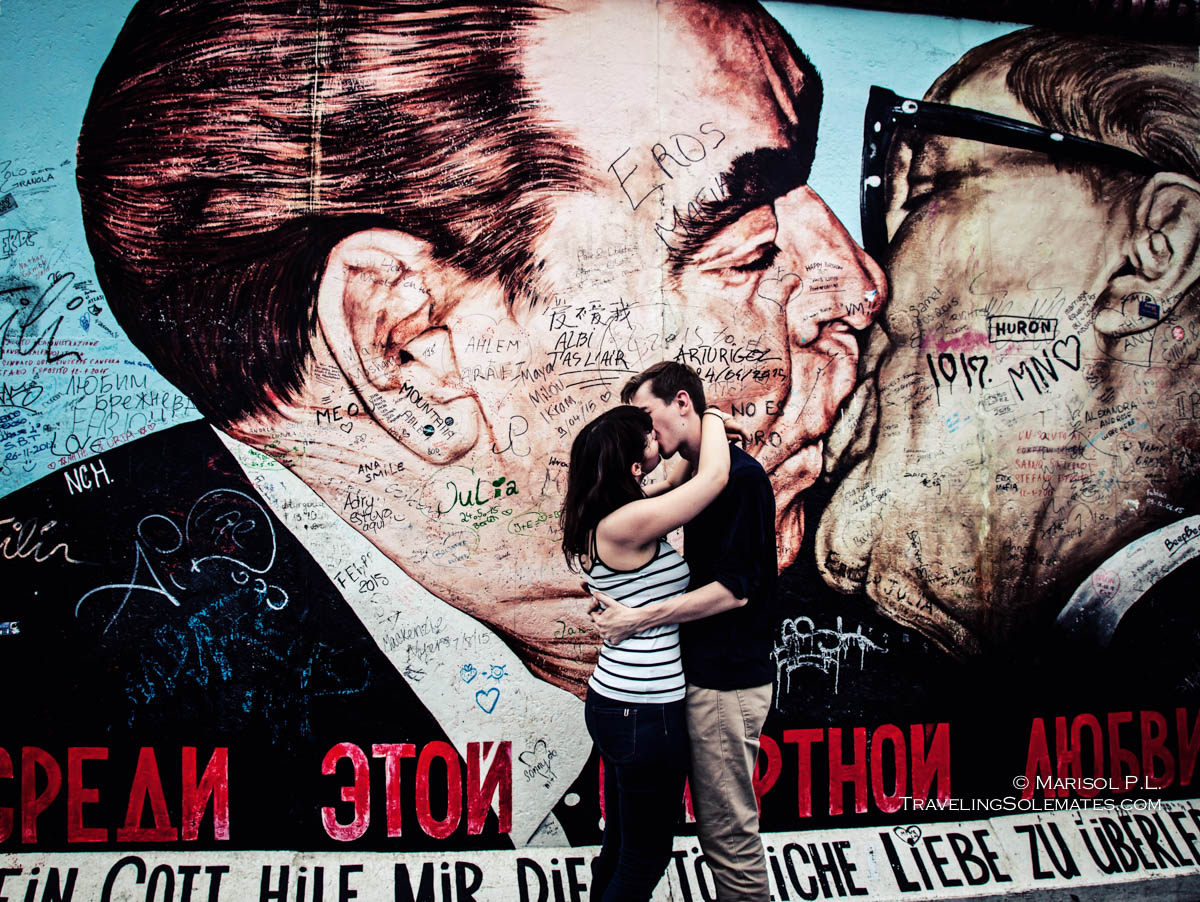 One of the most famous painting in the gallery is the image of kissing Soviet and East German leaders, Breshnev and Honecker.  It maybe creepy but it seemed to evoke passion from passersby. 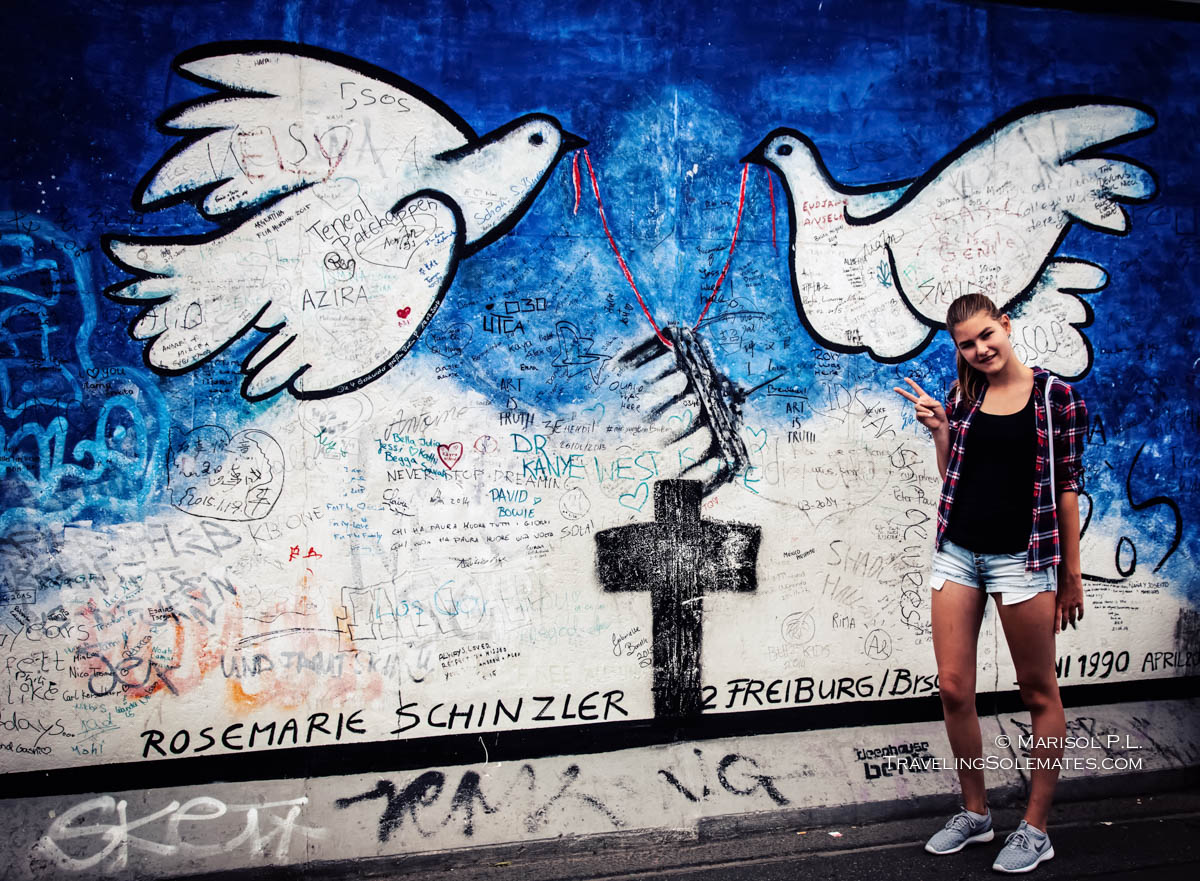 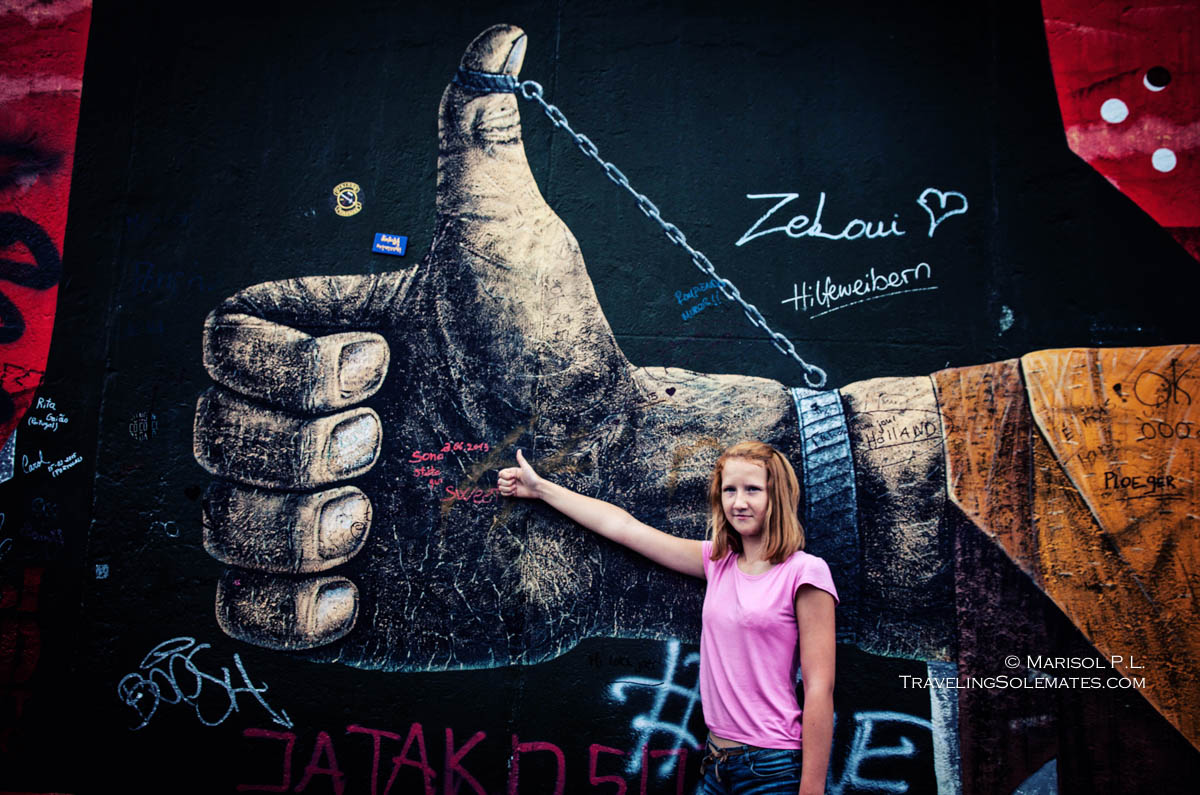 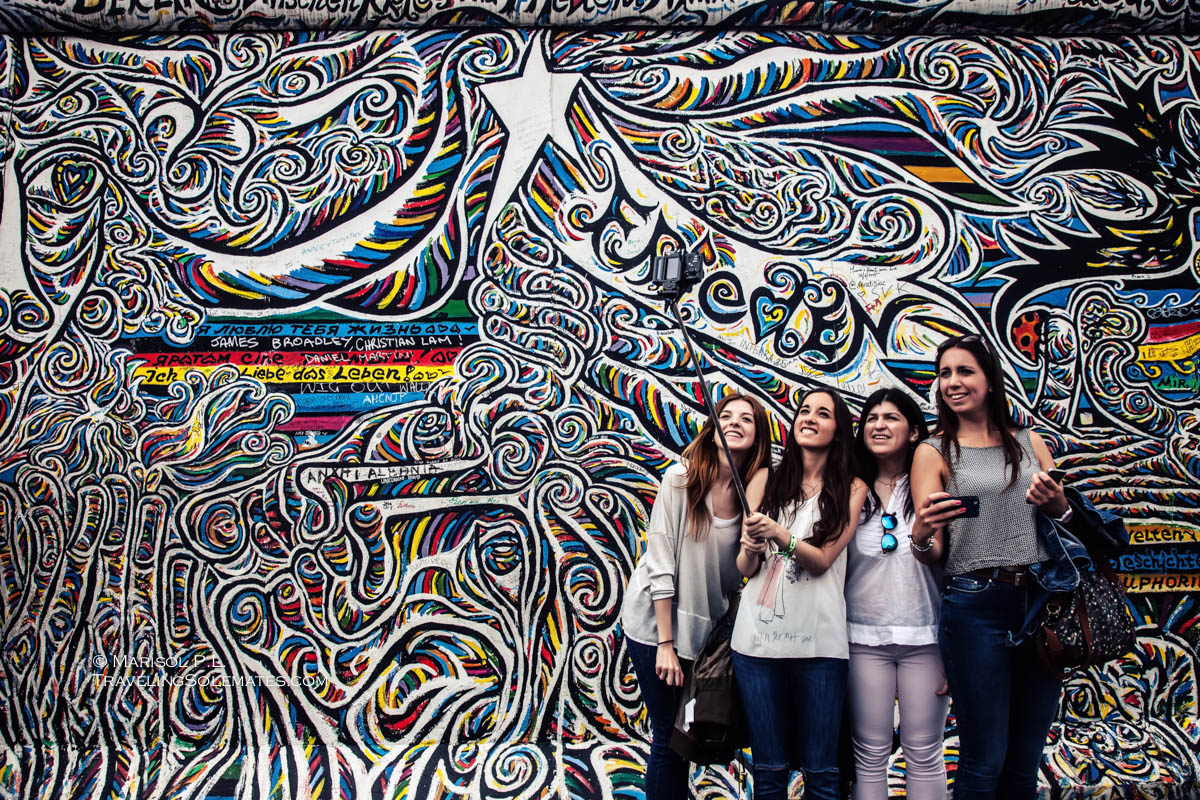 Selfie against the wall! 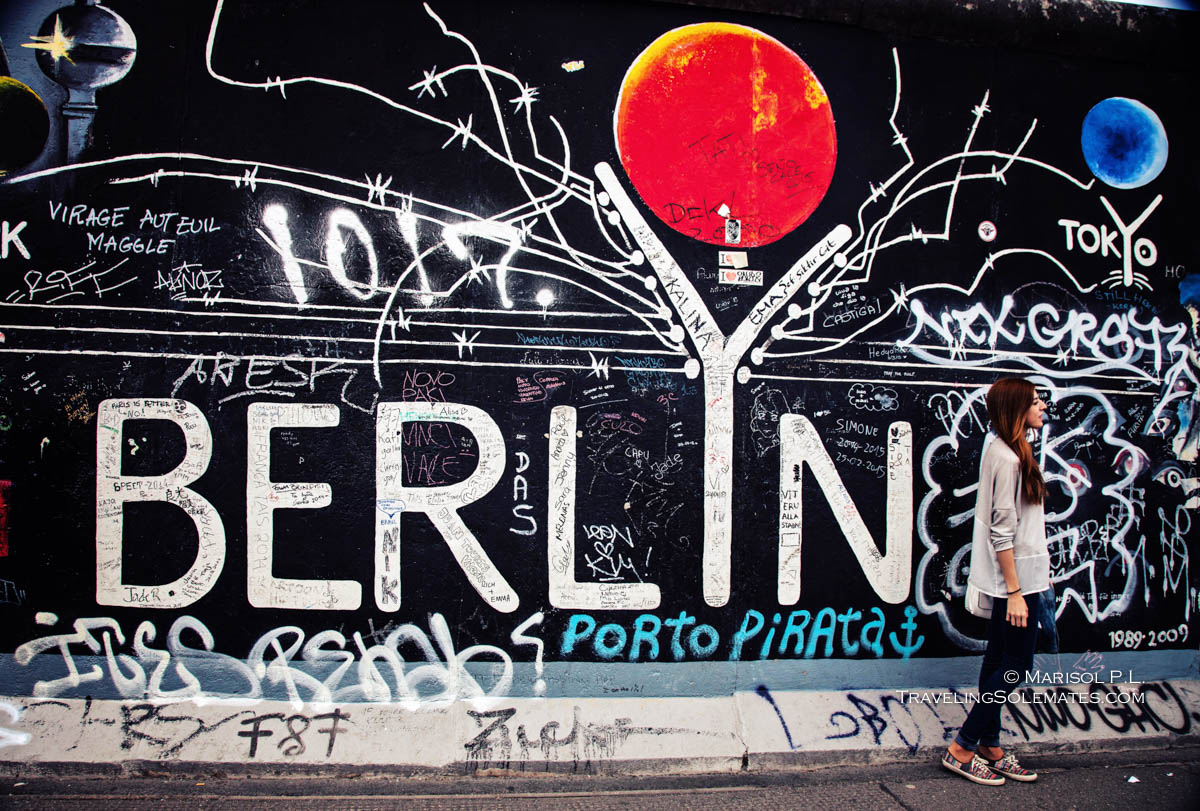 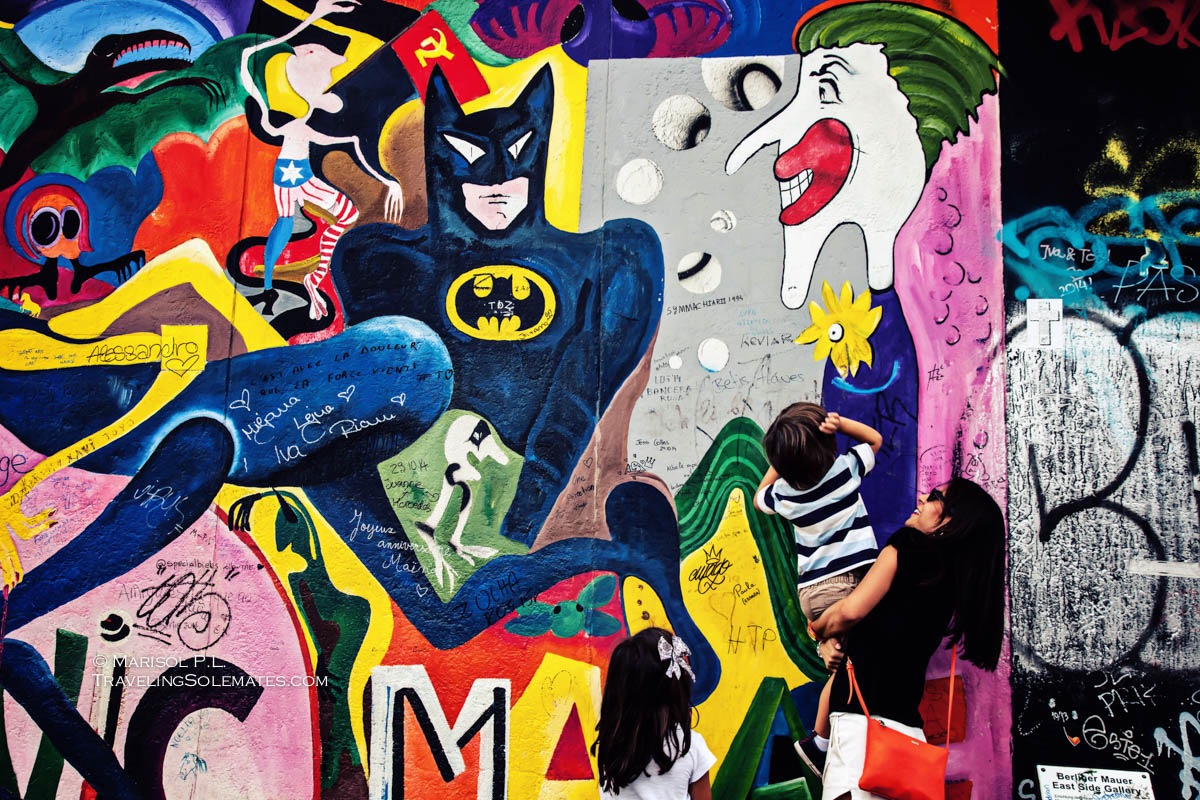 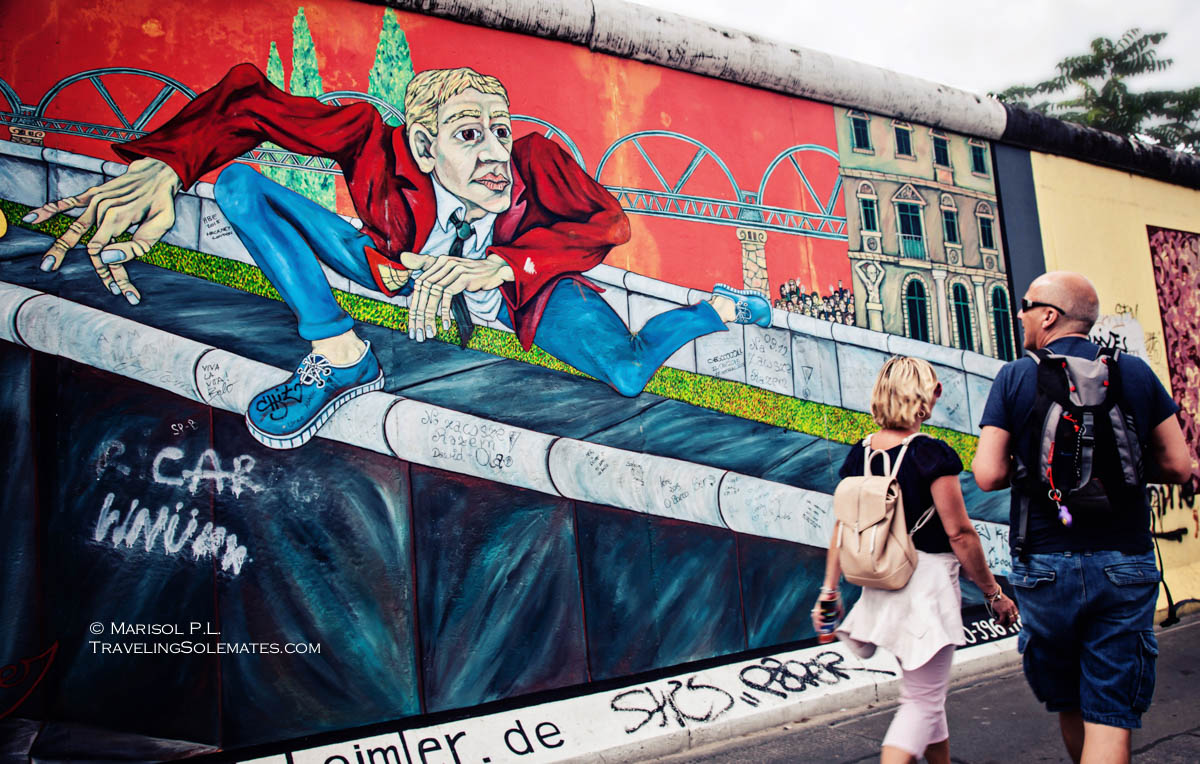 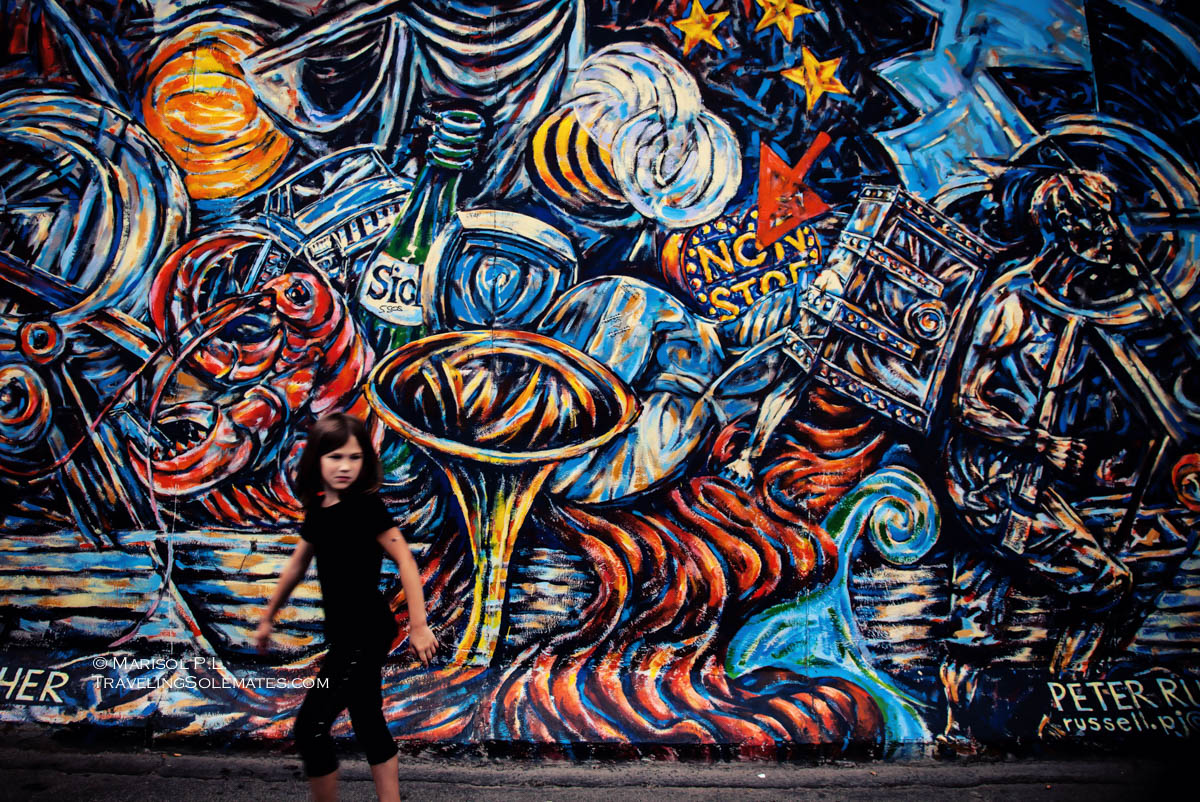 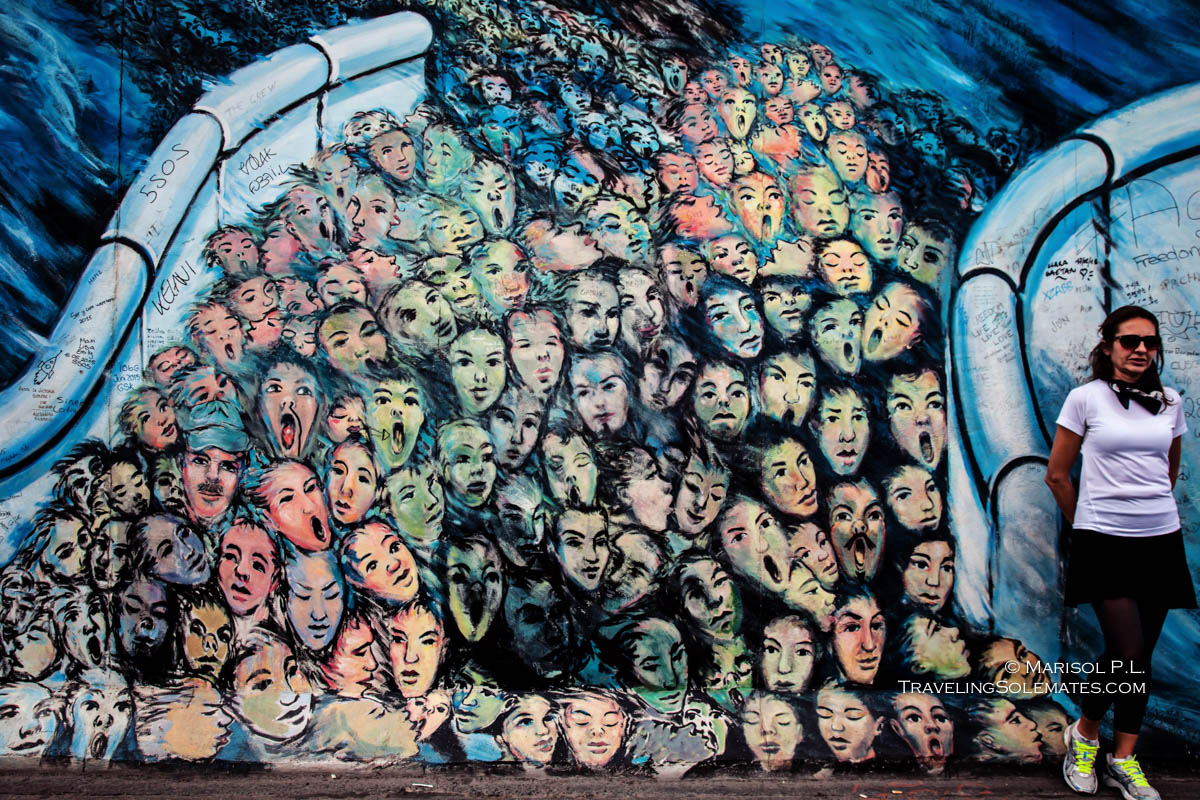 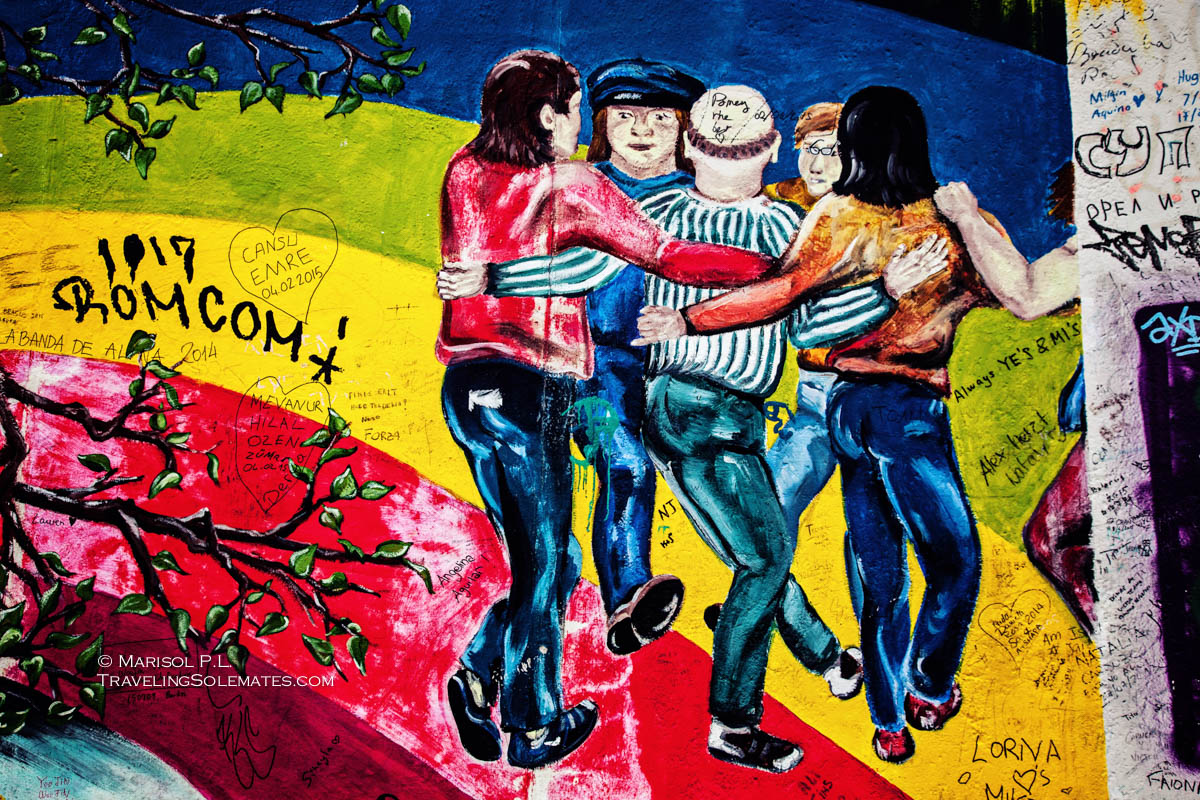 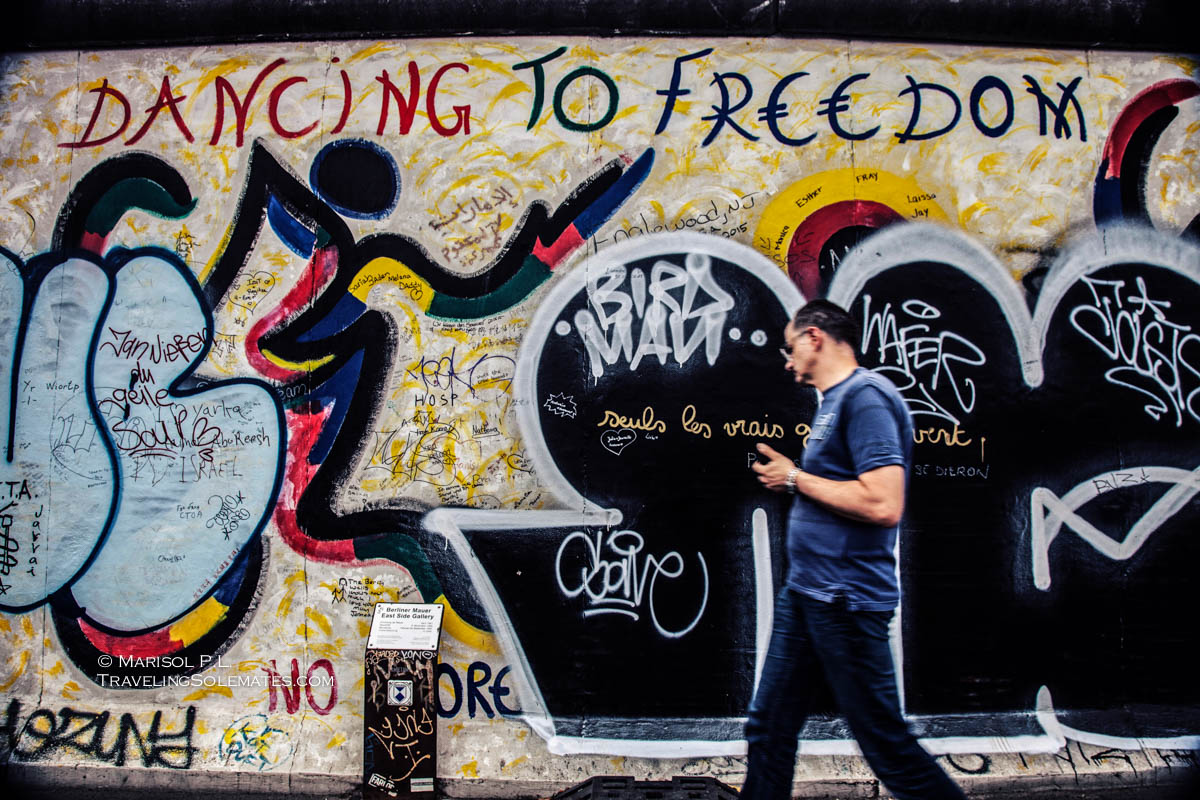 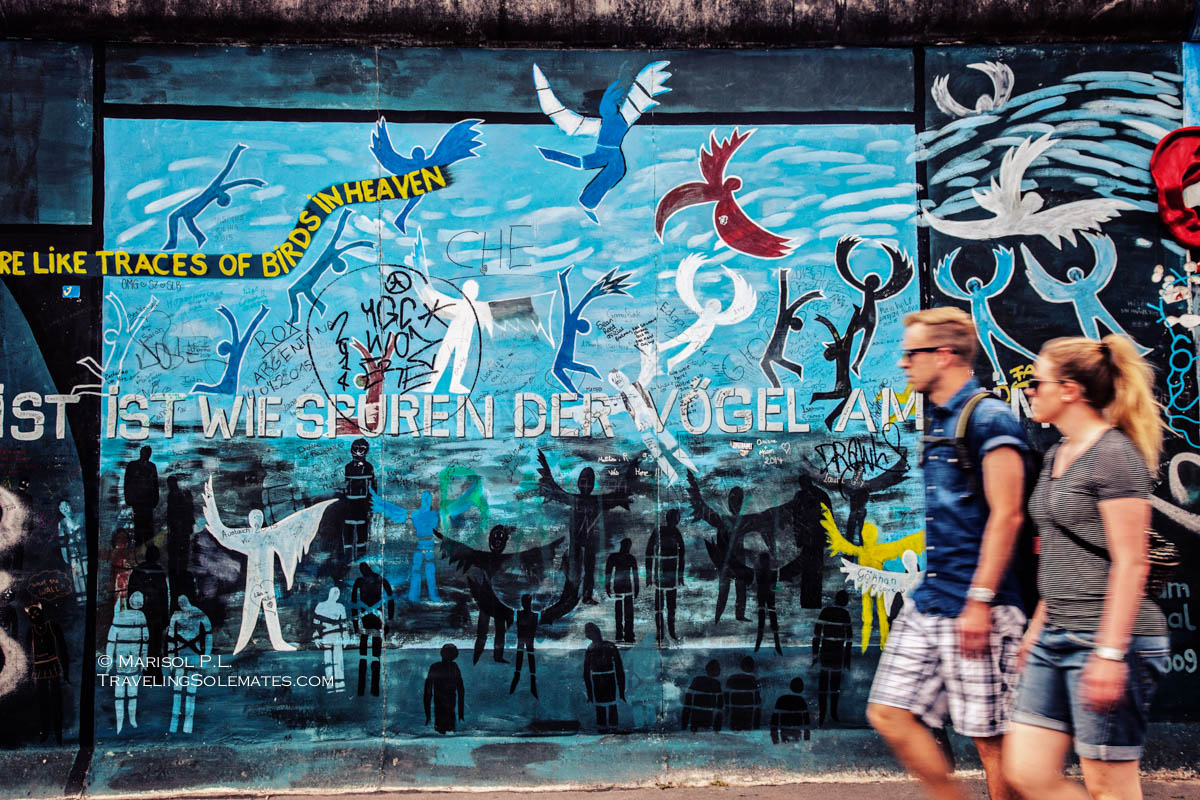 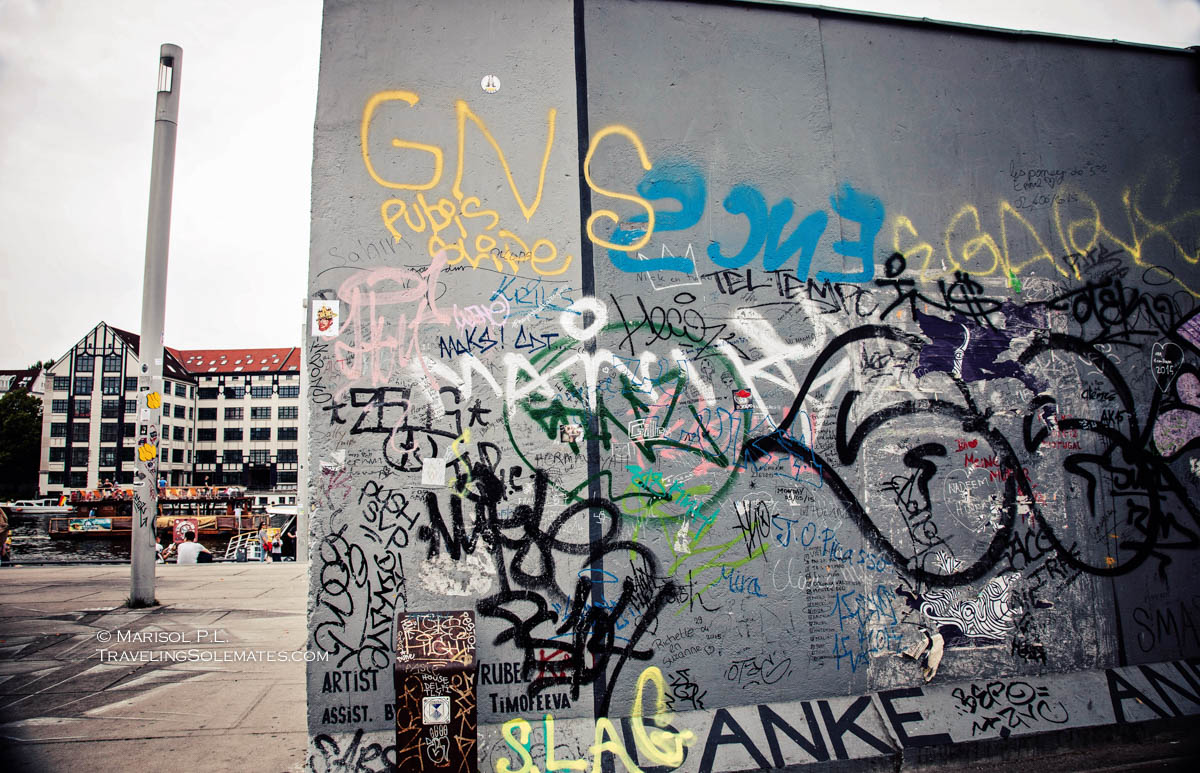 Sadly, there’s now a hole on the wall. A real estate developer started to create a gap in the East Side Gallery wall in 2013 to provide access route to new luxury apartment development on the bank of Spree River. It caused an uproar and the developer halted widening the gap. 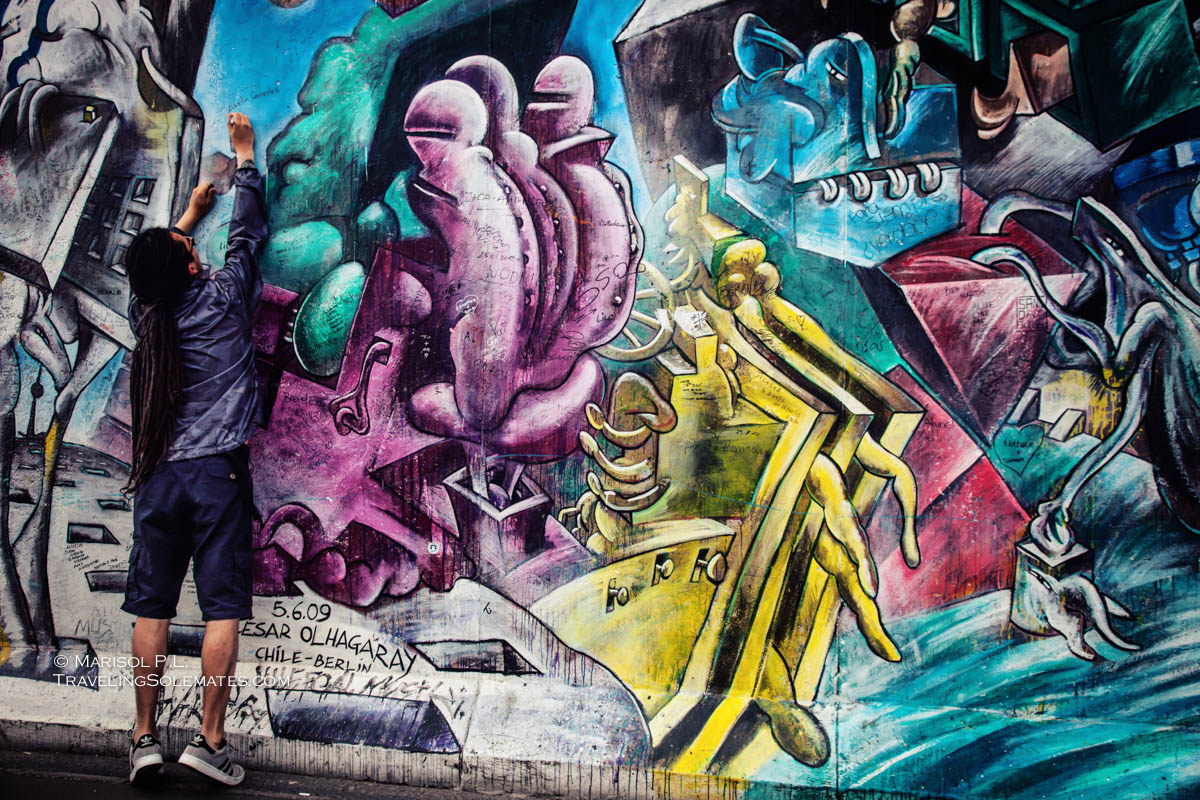 But more sadly, a lot of visitors choose to leave their own marks on the wall.  As you can see, graffitis have been painted over many of the murals.

Aside from vandalism, the wall and murals also suffered from decay caused by weather and traffic fumes. Some of the paintings have been restored several years ago. Currently,  more efforts are being made by Artists Initiative East Side Gallery to restore the murals and to save the wall and the arts from further destruction.

It is such a shame not to preserve them. They may not be masterpieces but they should be appreciated and valued for their important historical significance.

Berlin: A Sunday with Locals at Mauerpark